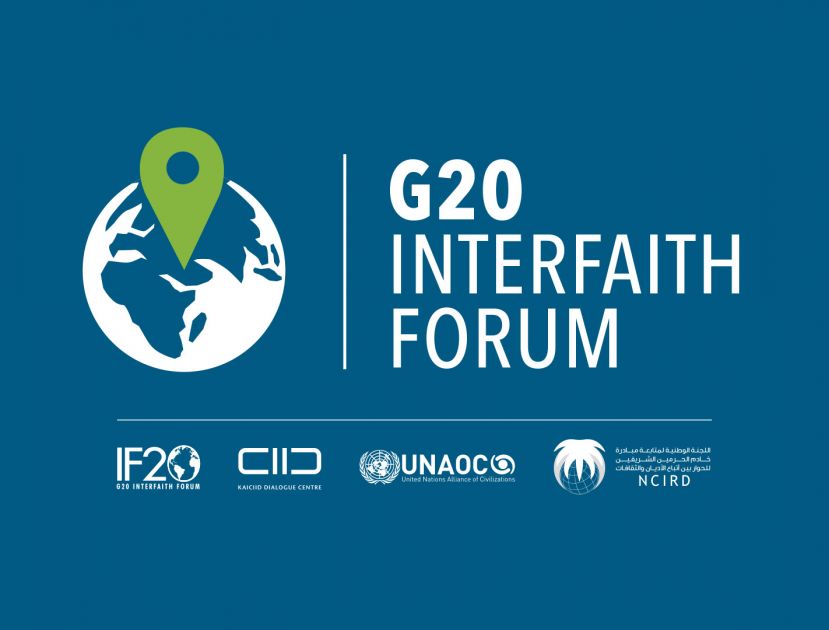 Washington – Aug. 17, 2020 — IRUSA joins G20 Interfaith as they gather for The G20 Interfaith Forum, the world’s leading organization focused on bringing faith and policy together, hosted its North American regional meeting today. The virtual meeting focused on the religious response to COVID-19, racism and refugees and forced migration. “The current global COVID-19 pandemic has sparked a heightened awareness of the human community’s perpetual pandemic: racism,” said Dr. Ganoune Diop, Director of Public Affairs and Religious Liberty for the worldwide Seventh-day Adventist Church. “The brutal murder of African-American George Floyd while in police custody in Minneapolis unleashed a planetwide wave of outrage and revulsion at the ancient scourge of racism. The mandate of the G20 Interfaith Forum demands a recognition that racism and its corollary — antiracism — do not constitute an issue, but an idiom. Racism infects every aspect of human endeavour and planetary existence.”

Audrey Kitagawa, Chair of the Board of Trustees of the Parliament of the World’s Religions, co-hosted the “Conversation on Anti-Racism and Religious Responsibilities” panel with Diop.

“Polarizations have become amplified in the United States on the matter of race,” said Kitagawa. “We are witnessing mass protests that include participants that are of diverse racial extraction. The voices are longing to be heard on issues of justice and corrections to institutional, systemic, and cultural racism. Leadership is being called to step to the forefront of responsibility to address the needs of the marginalized.”

The gathering continues a series of regional meetings that will produce policy recommendations for the global G20 Interfaith Forum that will originate from Riyadh, Saudi Arabia, Oct. 13 to 15. The Washington meeting brought together North American religious leaders, government officials, academic experts and business leaders who have been charged by G20 Interfaith Forum organizers with developing policy recommendations that will be submitted in November to world leaders at this year’s G20 Summit.

Rev. David Hollenbach, S.J., Pedro Arrupe Distinguished Research Professor in the Walsh School of Foreign Service and a Senior Fellow with the Berkley Center for Religion, Peace, and World Affairs at Georgetown University, co-hosted the “Conversation on Refugees and Forced Migration”, exploring ways religious communities can draw on their traditions to respond to the urgent needs of refugees and other forced migrants. The session showcased the important roles played by faith-based agencies in addressing the needs of the displaced.

Lieutenant-General (ret.) Roméo A. Dallaire delivered the keynote address. A former Canadian Senator, Dallaire is founder of the Roméo Dallaire Child Soldiers Initiative which seeks to end the recruitment and use of child soldiers. He was appointed Force Commander of the United Nations Assistance Mission for Rwanda prior to and during the 1994 genocide.

“Many signs point to the fact that the youth of the Third World will no longer tolerate living in circumstances that give them no hope for the future, which is the root cause of rage,” said Dalliaire. “If we cannot provide hope for the untold masses of the world, then the future will be nothing but a repeat of Rwanda, Sierra Leone, the Congo and September 11.”

This event was hosted by Georgetown University’s Berkley Center for Religion, Peace, and World Affairs and the World Faiths Development Dialogue (WFDD). The co-organizers of the 2020 G20 Interfaith Forum are the G20 Interfaith Forum Association, the International Dialogue Centre (KAICIID), the United Nations Alliance of Civilizations (UNAOC) and the National Committee for Interfaith and Intercultural Dialogue in the Kingdom of Saudi Arabia (NCIID).

About the G20 Interfaith Forum

The G20 Interfaith Forum seeks for global solutions by collaborating with religious thought leaders and political representatives. It builds on vital roles that religious institutions and beliefs play in world affairs, reflecting a rich diversity of institutions, ideas, and values. The membership includes interfaith and intercultural organizations, religious leaders, scholars, development and humanitarian entities, and business and civil society actors.

Convened each year in the host country of the upcoming G20 Summit, the formal G20 Interfaith Forum for 2020 will be held in Riyadh, Saudi Arabia on Oct. 13-15. The G20 Interfaith Forum offers an annual platform where a network of religiously linked institutions and initiatives engage on global agendas. The goal of the meetings is to contribute meaningful insight and recommendations that respond to and help shape the G20 Summit and thus global policy agendas. The 2020 G20 Interfaith Forum agenda builds on the goals of social cohesion, equity, and sustainability that have been a central underlying theme for the Forum from its inception.