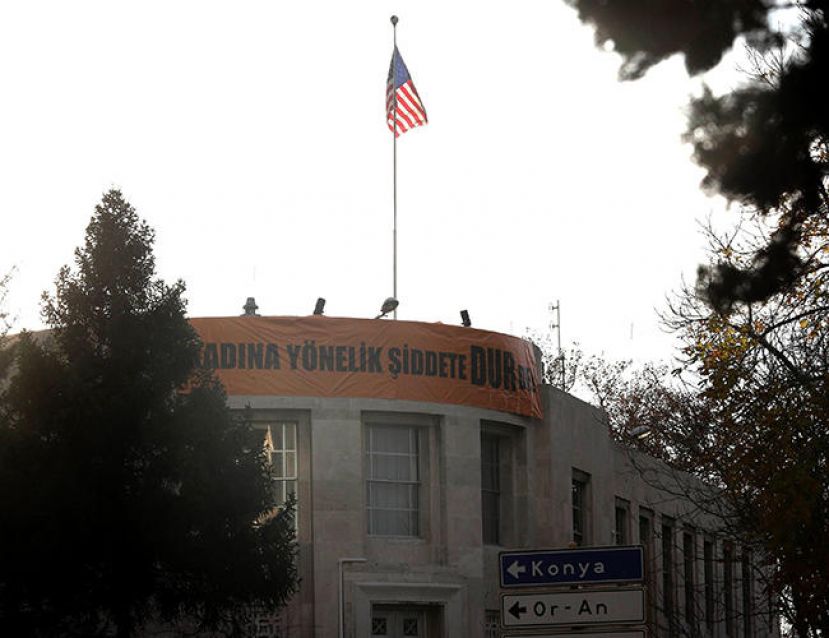 The U.S. Embassy in Turkey on Dec. 19 announced that the earliest date for visa appointments regarding non-immigrant applicants in its diplomatic missions in the country is January 2019, following a diplomatic spat that prompted the two NATO allies to mutually suspend granting visas. “In spite of long wait times, the U.S. Mission to Turkey continues to process non-immigrant visas. Appointments are available for January 2019, and applicants can as always choose to apply outside of Turkey,” the embassy stated on its Twitter account. “#USVisa appointments are still limited, but we are prioritizing F, J, M, and petition-based work categories as well as applicants with medical and business travel,” it added.

A U.S. Embassy official told the Hürriyet Daily News that visa appointments for student travel or urgent medical reasons are exceptions to this framework and will be prioritized.

Professionals such as businesspeople or journalists who need an urgent visa can also apply through an accelerated visa section and the consulates will provide expedited visa appointments before February 2019 if convinced of the necessary urgency, they said.

In October, Washington halted issuing visas at its missions in the country, citing the detention of two of its local employees, which drew an immediate retaliation from Ankara.

After Washington’s decision to process granting visas on a limited basis, Ankara also relaxed a visa ban of its own. However, Turkey said it had not offered assurances.

In March, Hamza Uluçay, a translator at the U.S. Consulate in the southern province of Adana, was arrested on charges of “being a member of a terror organization” as a part of an investigation into the outlawed Kurdistan Workers’ Party (PKK).

The row was escalated on Oct. 8, when the U.S. Embassy in Ankara announced the suspension of non-immigrant visa services for Turkish nationals, following the arrest of U.S. Istanbul consulate employee Metin Topuz was over alleged ties to the Fethullahist Terrorist Organization (FETÖ), accused of being behind last year’s failed coup attempt.

Despite statements from the State Department that the visa decision was taken in coordination with Washington, President Recep Tayyip Erdoğan repeatedly blamed outgoing U.S. Ambassador John Bass for the spat.

More in this category: « Jailhouse Transcript Reveals Zarrab’s Bargain with US Judiciary US Trial of Turkish Banker Not Legal, Should Be Ended: Justice Minister »