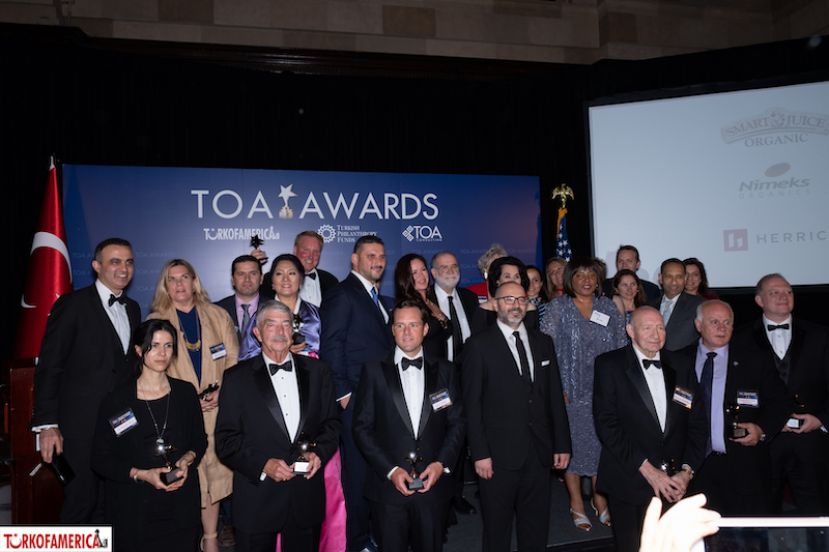 By Cagatay Okutan The event, supported by Turkish Philanthropy Funds and Turkish Airlines, honor a number of special people

The winners of TOA awards, organized by TURKOFAMERICA, the only Turkish magazine published since 2002 in the US, along with TOA Consulting, have been announced. This year, 39 “American Friends of Turkey” will receive awards in 32 different categories in a ceremony held at Harvard Club on May 30, 2018. In previous years, TURKOFAMERICA , in partnership with TOA Consulting, awarded ''The Most 50 Influential Turkish-Americans'', ''The Most Successful 30 Turkish-American Women,'' and most recently, “40 Turkish-Americans Under 40.’’ This year, “American Friends of Turkey” received their awards.

The event, supported by Turkish Philanthropy Funds and Turkish Airlines, honor a number of special people, including: actress Lindsay Lohan, who is also known for her support for the Syrian refugees in Turkey; Lola Zinke, wife of former American Interior Minister Ryan Zinke; former Congressmen Robert Wexler and Ed Whitfield, who founded the first Turkish-American caucus in the Congress; and James Jeffrey, former US Ambassador to Turkey.

Cemil Özyurt, the Co-Founder and Editor in Chief of TURKOFAMERICA Magazine, reflected that friends of Turkey and Turkish people, who extend their unwavering support during a challenging period of time in US-Turkish relations will be always rewarded. Mr. Özyurt also mentioned that a group of 25 people have worked tirelessly to identify award recipients in 32 different categories, including: academia, business, archeology, literature, finance, and technology.

More in this category: « "Remembering His Highness Imperial Prince Osman Bayazid" Turkish Citizen Elected as the Next Greek Orthodox Archbishop of America »