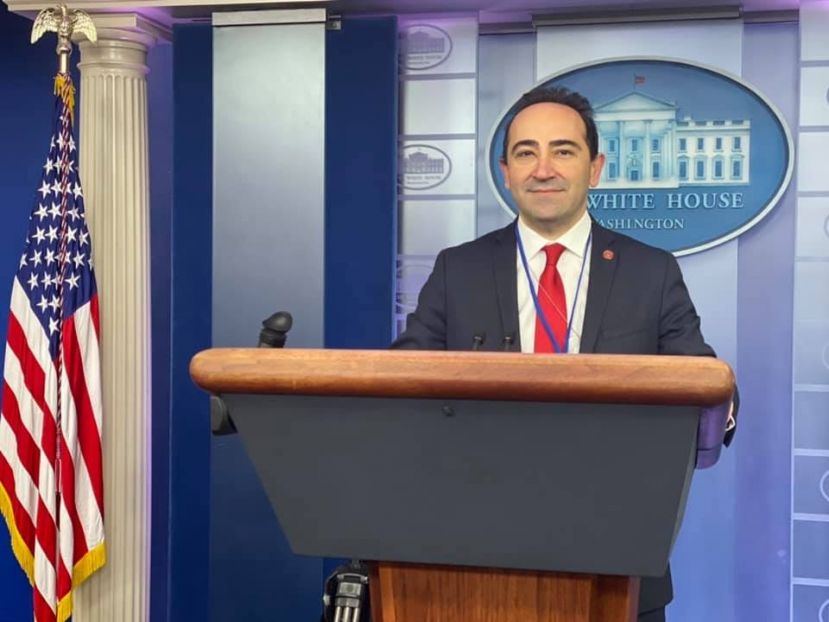 Long time Turk of America Journalist Ali Çınar is accredited by the White House. He started to attend White House press conferences and events related with Turkey-US Relations as well as Foreign Policy.

More in this category: « Biden and Erdogan agreed on Afghanistan