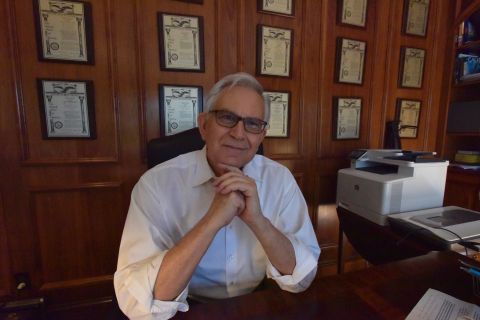 It was the year 1968 when Dr. Yalçın Ayaslı came to Boston to get his Ph.D. at the globally famous Massachusetts Institute of Technology-MIT, after having graduated from the Middle East Technical University-METU in Ankara. When he told the taxi driver that he was a Turk, he encountered, for the first time, claims about the Armenian genocide allegedly carried out by the Ottoman Empire back in 1915. Ayaslı took it upon himself to fight these claims first as a student and later as a professional. He used to work closely with then Honorary Consul General of Turkey, Orhan Gündüz. When Orhan Gündüz was murdered by Armenian terrorists in Somerville, Massachusetts on May 4, 1982, Ayaslı honoured his legacy by naming his son after him. Turk of America magazine selected Dr.Yalcin Ayaslı among one of the 50 Most Influential Turkish-Americans and summarized the reason for the award as defining him as ‘one of the people who changed the unfortunate fate of Turks in America in terms of political and cultural aspects’.