Along with the US Congressional midterm elections, elections were held within the administrations in the states. Although it was talked about that the Republican senatorial candidate Mehmet Öz from Pennsylvania lost the election, many Turks entered the elections in the local governments.

Seven Turks entered the by-elections, and only two Turks won the elections.

Ali Paksoy from the Republican Party was elected as a district judge in North Carolina, while Onur Arugaslan was elected to the Board of Trustees of the Mattawan Education Council in Michigan.

Lauren Arıkan, married to Turkish Yusuf Arıkan of Maryland, was reelected as Maryland state deputy. The number of Turkish friendship group members in the US Congress is eighty-eight.

The following are the Turks who previously served in US local governments by election or appointment:

Some members of Congress have Turkish ties.

"Congratulations to the People of Turkey and Turkish Americans on this 99th commemoration of the founding of the Republic of Turkey.

As co-chairs of the Congressional Caucus on US-Turkey Relations and Turkish Americans, we recognize the vast reforms that were undertaken by Mustafa Kemal Atatürk and his vision for a reformed, modernized, and democratic Turkish Republic. Today, Turkish Americans represent a vital thread of the American fabric, and with rich culture and history, they serve as the best ambassadors for strong relations between our two countries.

As Turkey celebrates its 70th anniversary of NATO accession we would like to highlight its contributions to regional security including diplomatic efforts in mitigating the challenges arising from the war in Ukraine. Turkey has been a crucial partner to fully implement the Montreux Convention which prevented the Black Sea from becoming part of the war zone and brokered the grain export deal to help feed the world. We look forward to working with Turkey to ensure its concerns are heard by all allies as it votes to ratify Sweden and Finland as new members of the transatlantic alliance.

We congratulate the Turkish people and Turkish Americans on Republic Day 2022 and look forward to strengthening US-Turkey relations."

Currently,there are 88 members in the Turkish Caucus. 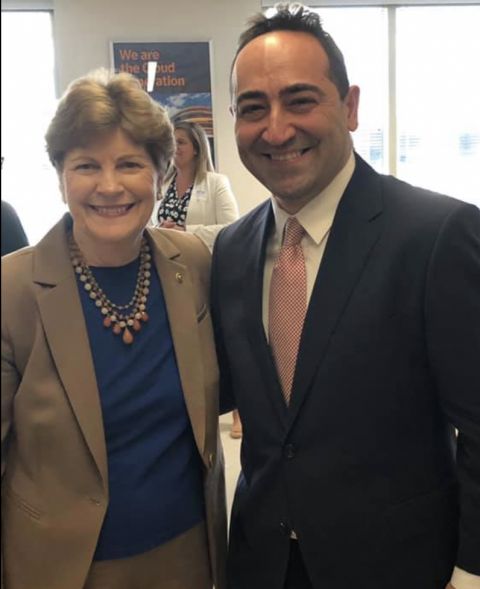 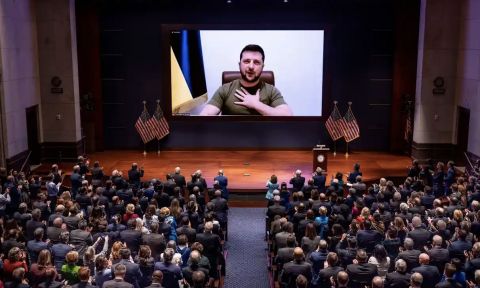 President Biden called on Congress to prioritize aid for Ukraine first, then focus on securing extra funds to combat COVID-19.

The  Democrats in the US Congress unanimously support prioritizing the Ukraine aid bill. The House of Representatives can pass the bill—higher than the $33 billion requested by President Biden—as early as next week. Senate leaders also signaled that they were ready to take swift action.

On April 28, Biden asked Congress to pass a $33 billion aid package that included more than $20 billion of military aid for Ukraine. This proposition significantly increases the US funds allocated for the war against Russia.

Both Democrats and Republicans support providing more aid to Ukraine and promise to take swift action to approve the emergency funds. But the Ukraine aid bill was prolonged due to the discussions regarding the addition of COVID-19 aid  and resources to enforce tighter migration controls to the package.

'Funds to support Ukraine with weapons will run out in two weeks.'

The Department of Defense issued a statement saying that the US would soon run out of funds and could only provide weapons to Kyiv for two weeks.

Senate Minority Leader Mitch McConnell said he was pleased with the decoupling of the Ukraine aid from the COVID-19 funding. McConnell advocated for the separation of the two bills in his speeches in the Senate.

But confident Democrats wanted COVID-19 funding and Ukraine aid to be included in the same package.

Dick Durbin—the number two Democrat in the Senate—stated that 'It would have been so much better for us to protect the United States as well as worked to protect Ukraine.'

According to Ali Cinar,President Biden hosted Speaker of the House Nancy Pelosi and her colleagues in the White House Situation Room on Tuesday afternoon.The House  will vote on 40 billion dollar Ukraine supplemental aid  tonight.

The $40B Ukraine supplemental includes $19.8B for DoD, ~$3.4B more than Biden sought. That includes: -$8.7B to replenish stocks -$6B for Ukraine Security Assistance Initiative -$3.9B for EUCOM support -$600M for Defense Production Act -$550M for critical munitions and exports'