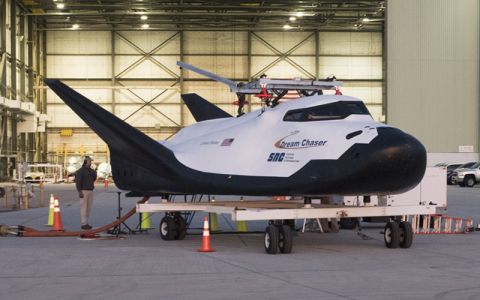 Sierra Nevada Corporation (SNC) has announced that the maiden flight of the company’s Dream Chaser spacecraft to the International Space Station (ISS) has been pushed to 2022. The Dream Chaser spacecraft was designed to carry crew and cargo to the ISS. In January 2016, NASA awarded SNC with a set of six space station resupply missions. The company did not, however, receive funding to proceed with the development of a crewed version of the spacecraft. In August 2019, SNC announced that it had selected the United Launch Alliance (ULA) Vulcan to carry all six initial Dream Chaser flights. The announcement added an expected maiden launch date of 2021.