Journalist Ali Cinar interviewed one of the prominent Turkish-American businessmen who contributed to the F-35 program with his products.

Even if Turkey has been removed from the F-35 program, the products of a Turkish-American engineer's products are still being used to manufacture the F-35s. Turkish engineer Ergün Kırlıkovalı, who settled in the US 43 years ago shared the details of his work on aircraft industry.

Ergün Kırlıkovalı, who settled in the U.S. 43 years ago, is someone who has made history as the sole Turkish engineer to manufacture the unique materials used by the US Naval Air Force. Kırlıkovalı, which can produce a coating as strong as steel and as flexible as polymer, has no competitors in the world.
Kırlıkovalı carried out his military service in the Navy following a bachelor's degree in chemistry at Boğaziçi University and a master's degree in polymer science at Manchester University. After a certain amount of work experience in Istanbul, he arrived in the US in 1978. He started working as a development chemist at a large company in San Francisco. He later continued in R&D activities in an aeronautics and astronautics company's laboratory to develop polymer-based materials to be used in place of metal in aircraft making.

Kırlıkovalı develops special maintenance, handling, and repairing materials in the field of corrosion for the US Navy. The company, which is the sole supplier of the Pentagon with this new invention, is where Kırlıkovalı is employed. Kırlıkovalı set up his own company in California with the money he earned. In the 1990s, he designed coating materials ensuring invisibility for B-2 aircraft and, on completing all the tests successfully and leaving his competitors behind, became the sole supplier to the Pentagon in 1998.

Turkish-American traces in F-35 Program
This achievement of the successful Turkish engineer also drew the attention of the leadership team of the F-35 program. The company owned by Kırlıkovalı was invited to the tender to design the coatings, which ensured invisibility.

They worked day and night and made the most of this opportunity. Then they underwent a challenging and new testing process lasting for three years, with the formula finishing its design in 2004. In 2007, they entered the specifications as the only supplier again. This means although Türkiye is excluded from the F-35 program, a product of a Turkish engineer is still used in F-35 production.

Ergün Kırklıkovalı, a beloved man in Turkish-American society, is a person who achieved crucial tasks on Turkish-American relations. Kırklıkovalı has provided outstanding services to Turkish society in social, cultural, and educational fields, apart from his assignment of Presidency of the Assembly of Turkish American Associations previous years, headquartered in Washington, DC.

Turkey-U.S.relationship under Biden Administration:
"It had been going bad until the war between Russia and Ukraine started. However, we can say that Turkey's importance reached a peak for Russia and its opponents following Russia's attack and the universal sanctions from the U.S, Japan, and Australia. Of course, several problems, such as S-400s, F-35s, and YPG-PKK in North Syria, competition for the gas in the East Mediterranean, and so on, still have not been solved. Both sides have firm positions, and that has not changed much. I think that perhaps the war between Russia and Ukraine will dissolve these frozen conflicts and find a solution for them soon." Kırklıkovalı said. 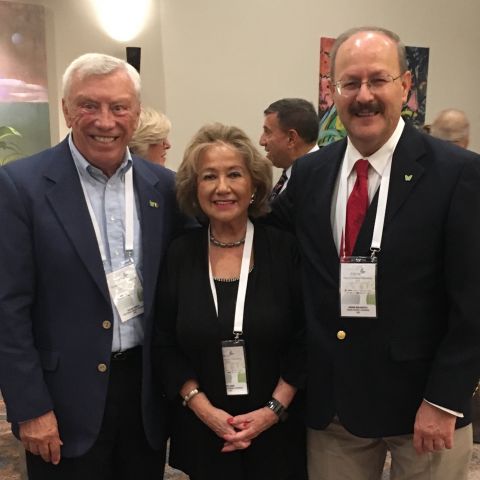