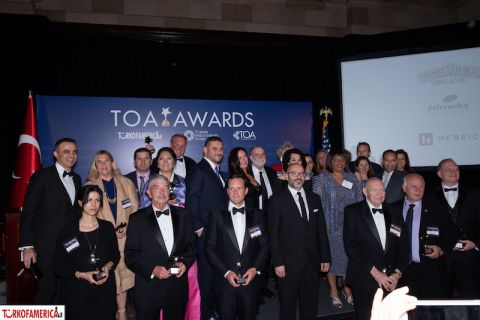 The winners of TOA awards, organized by TURKOFAMERICA, the only Turkish magazine published since 2002 in the US, along with TOA Consulting, have been announced. This year, 39 “American Friends of Turkey” will receive awards in 32 different categories in a ceremony held at Harvard Club on May 30, 2018. In previous years, TURKOFAMERICA , in partnership with TOA Consulting, awarded ''The Most 50 Influential Turkish-Americans'', ''The Most Successful 30 Turkish-American Women,'' and most recently, “40 Turkish-Americans Under 40.’’ This year, “American Friends of Turkey” received their awards.