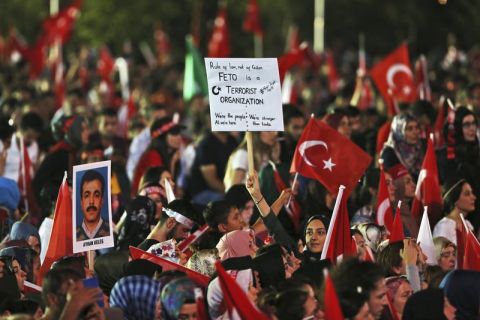 Turkey marked the anniversary of the country's crushed military coup with a series of rallies and other commemorative events. This is how American media outlets see July 15th Commemoration. 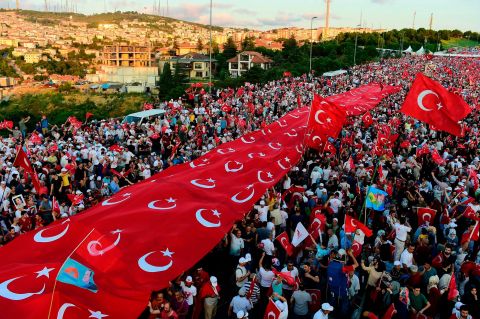 ISTANBUL (AP) — President Recep Tayyip Erdogan vowed to “rip the heads off” of terror groups and coup-plotters who tried to end his more than decade-long rule on Saturday, as Turkey marked the anniversary of the country’s crushed military coup with a series of rallies and other commemorative events. Accompanied by his family and the families of the victims of the coup, Erdogan joined a massive, flag-waving crowd near the iconic July 15 Martyrs’ Bridge in Istanbul to remember 250 people who died on July 15, 2016 resisting the coup. He inaugurated a hollow, globe-shaped monument featuring the names of the victims near the foot of the bridge, before flying to Ankara to attend a special session in parliament at the exact moment it was bombed a year ago. He also opened a second memorial opposite the grounds of his palace in Ankara.