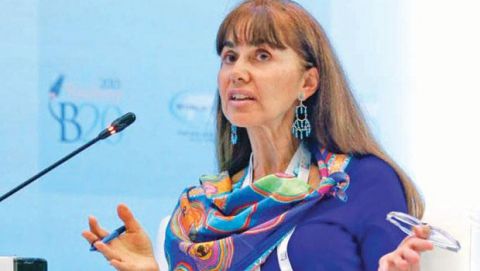 Subscription-software company Zuora added Magdalena Yesil, the first investor in Salesforce, to its board as it ramps up toward going public. San Mateo-based Zuora, a “unicorn” valued at more than $1 billion, has been on analysts’ lists for years as a company likely to go public. CB Insights rated it as one of the top five companies most likely to go public in 2017. Zuora has ridden the "subscription economy" to more than $100 million in annual revenue and around $250 million in venture capital funding. The 800-employee software-as-a-service company makes applications for businesses built around subscriptions, including Box, Zendesk and media outlets such as The Guardian and the Financial Times.

Yesil’s experience helping Salesforce transition from being a private company to a public company will be valuable to Zuora as it looks to do the same.

“We are starting to transform our board and shifting from an early-stage, venture-backed board to something that looks more like an independent, public company board,” Zuora founder and CEO Tien Tzuo told the Business Times.

“We are really looking at the next phase of our company,” he added.

Tzuo declined to comment on whether the company would try go to public this year, but he said it is “making initial moves” toward an IPO.

“The first step is really to have people sitting around a table who have experience with that, and then we’ll take it from there,” he said.

Yesil was a general partner for eight years at US Venture partners and was an early investor in more than 30 companies. Prior to that, she founded two e-commerce companies, CyberCash and MarketPay.

“I’m delighted to join the board of Zuora as it matures into an global enterprise software leader,” Yesil said in a statement. “My first-hand experience with Salesforce from its initial funding to public market success will be integral to providing guidance to help Zuora reach its next stage of development.” - By Alisha Green Reporter San Francisco Business Times