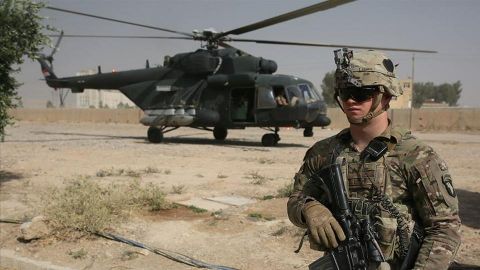 The US withdrew its forces from military observation post in south of Ayn al Arab in northern Syria, according to security sources. The US started to withdraw from Ayn al Arab, also known as Kobani, at 15:00 pm local time 1200GMT. Earlier, US Secretary of Defense Mark Esper said that the US is preparing to evacuate about 1,000 US troops from northern Syria. The decision came a week after US President Donald Trump announced that the US would pull back its forces from the Syrian border after a telephone call with Turkish President Recep Tayyip Erdogan. Tal Abyad liberated by Turkish and allied forces – reports. The city centre of Syria's Tal Abyad district has been cleared of YPG/PKK terrorists.