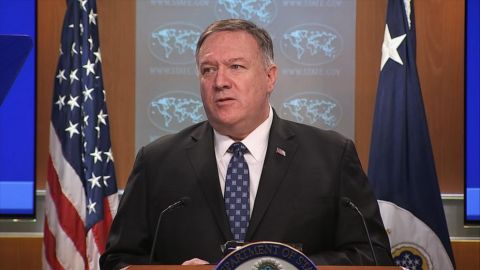 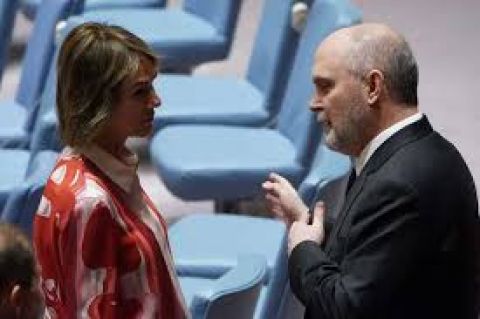 Successive messages of support came from the U.S. to Turkey after the treacherous attacks on Idlib by the Assad regime. Kelly Craft, the Permanent Representative of the US to the UN, said, “We support Turkey’s right to retaliate against the illegitimate attacks that resulted in soldiers’ deaths.”

At the emergency meeting organized by the UNSecurity Council, Craft spoke about growing tension in Idlib.

Evaluating the attack against Turkish soldiers in Idlib yesterday, which resulted in 33 martyrs, Kelly Craft stated, “The US strongly condemns the attack on Turkish troops yesterday. These attacks are completely illegitimate, meaningless, and barbaric.”

Craft, who also sent condolences to the families and relatives of the soldiers who were killed in the attack, said, “The US will not hesitate to continue its commitment to its NATO ally Turkey. We support Turkey’s right to retaliate against these illegitimate attacks on the observation posts that resulted in soldiers’ deaths.”

“HOW MANY MORE BABIES MUST FREEZE TO DEATH?”

Kelly Craft called for an urgent, permanent, and verifiable ceasefire in Northwest Syria, stating, “We call on Russia to urgently ground their warplanes. We also invite Syrian forces and their supporter Russia to retreat to the ceasefire borders set in 2018.”

Pointing to the humanitarian situation in Syria, Craft said, “I’m going to ask you again, are we going to sit back and watch? Are we going to remain silent? Or will we deliver? How many more babies have to freeze to death before we raise our voices and say, “Enough!”

“THE ASSAD REGIME, RUSSIA, AND IRAN MUST END THEIR ATTACKS”

Secretary Pompeo issued a written statement about the attack on Turkish soldiers by the Russian-backed Assad regime in Idlib.

Stressing that he is on Turkey’s side, Pompeo described the attacks as “despicable and shameless” and said, “We send our condolences to the Turkish state for the soldiers who lost their lives. The US condemns this attack as strongly as possible.”

"THE ATTACKS MUST END"

Pompeo also called on the Assad regime and its supporters to stop their attacks on Idlib, stating, “these actions by the Assad regime, Russia, the Iranian regime, and Hezbollah directly prevent a ceasefire in Northern Syria. The attacks must end, humanitarian access must be granted, and a political solution must be developed in accordance with UN Security Council resolution (UNSCR) 2254.”

Pompeo also noted that the US is in touch with Turkey for preventing and alleviating the human suffering caused by “the regime and the Russian brutality,” and that they are evaluating possible ways to support Turkey.

Pompeo said that they would do their best to proclaim a truce across Syria, including in Idlib, as well as do their best to prevent the reintegration of the Assad regime into the international community until the regime fully complies with the UNSCR decision.

The US Department of State has announced that it has evaluated the fastest way to help Turkey regarding the current situation in Idlib.

The spokesperson of the State Department stated that intelligence sharing is currently active between the US and Turkey. It was also stated that they are discussing the fastest way to help Turkey in Idlib. 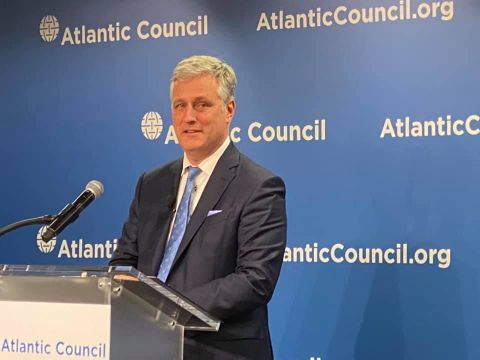 "Assad is a very bad actor,Iranians who are up to their ears are terrible actors,the Russians are not helping the situation, and Turks are not helping the situation. Erdogan and Putin, who have an interesting relationship, sometimes they are the best of friends and sometimes they are not. It is really up to them to work that situation out," Ambassador O'Brien said.

Margaret Brennan asked Ambassador O'Brien what the U.S. is doing about the violence in Idlib, Syria. "I do not think we are going to intervene militarily in Idlib to straighten out that bad situation,What are we supposed to do to stop them? We're supposed to be a global policeman and hold up a sign and say stop this Turkey, stop this Russia?" Ambassador O'Brien said.

Ambassador Robert O'Brien admitted that the Chinese Government promised purchases under the Phase 1 trade deal will be reduced as a result of the growing health emergency.

Ambassador O'Brien said:" We've offered American doctors and experts to China to assist with coronavirus, but the offer has not yet been accepted."

He also highlighted that the U.S. would like to see North Korea its Singapore Summit commitments, and they are open for another summit If there's an opportunity to make progress.

Ambassador O'Brien believes that It's time for America to come home, and we wanted to come back under conditions that keep in place protections for our colleagues and our partners in Afghanistan. We want to make sure Afghanistan doesn't become a safe-haven for terrorism again."