Its hardware products include the website, web design, online e-commerce, desktop application, smartphone, the tablet computer, the smartwatch and the digital media player.

Andromeda was founded Bayram Altinisik on Semptember 14, 2013 to develop and sell software. 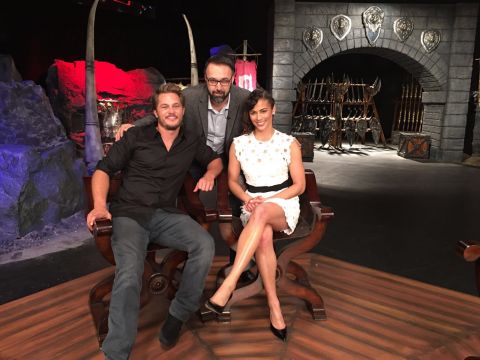 It was October 2005; one of our reporters conducted an interview with a young film director, Didem Yılmaz who had shot a short documentary about His Imperial Highness Prince Osman Ertugrul, the head of the Ottoman family. The documentary, “Seeking the Sultan”, showed how a young Turkish-American student came across the Ottoman Royal family in New York.

Since then, I have been very curious about the Ottoman Dynasty, which has lived in exile. I attempted a couple times to reach out to Prince Ertuğrul Osman but I wasn’t able to make it. He died in 2009 and one of my biggest regrets is not meeting with him before he passed away.

Almost 10 years later, I learned that current head of the Ottoman family lives in New York. I couldn’t miss this opportunity once again and I reached him through a friend.
We met with HIH Bayazıd Osman on a cold winter night. Since then we get together once a week for lunch or dinner.  Over the last 30 years of my life, I have been reading history books and autobiographies and watched documentaries about the Ottoman family in exile; now I am a witness to this history.

After serving their country for 622, the Ottoman Empire collapsed and about 300 members of the Ottoman Dynasty were forced into exile in March 1924. They spread out over 15 different countries, from France to Germany, Austria to Switzerland. Some of them ended up in America.

In this issue, we have researched the family members who came to the United States. TURKOFAMERICA is the first publication, which has gathered family members together in New York.

We have come across very sad stories, heartbreaking memories and inconceivable incidents. The family kept quiet almost 70 years. They declined most interview requests and preferred to stay low profile. While preparing this issue, I have met Princes (Şehzade), Princesses (Sultan), Imperial Princesses (Hanım Sultan), and other members of the family. The Ottoman family members whom I have met are down to earth people, each of them able to speak least three or four languages, generous and very proud of their heritage. Even though they have lived almost 90 years in exile, they don’t say anything against Turkey.

In the last decades, Turkish governments have make reconciliation with different minorities and ethnic groups such as the Kurds, Armenians, Assyrians, and Gypsies who live in Turkey. I think it’s time for the Turkish government to face the last Ottomans who survived in very hard conditions over the past 90 years. The government should consider giving their estates, lands, possessions, and assets back to them along with their Turkish IDs and passports. If Armenian, Assyrian, and Gypsy people in Turkey deserve to have their rights back, the family who served their country for 622 years should have the same rights as the rest.