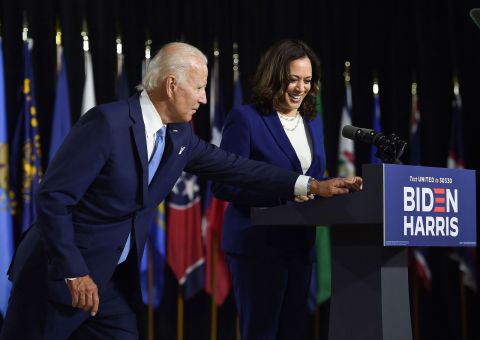 "I have no doubt that I picked the right person. Kamala Harris is smart, tough, experienced, and a proven fighter for the backbone of this country, the middle class. She knows how to make the hard calls. She's ready to do this job on day one. We're both ready to get to work, rebuilding this nation," said Joe Biden.

Explaining the process of determining his Vice President candidate based on his own experience, Joe Biden stated that when the former President Barack Obama asked him what he wanted most importantly at that time, he said that he wanted to be the last person in the room before Obama made important decisions. "That's what I asked Kamala," he said.

Joe Biden said Kamala Harris is "a child of immigrants" who "knows personally how immigrant families enrich our country as well as the challenges of what it means to grow up Black and Indian-American in the U.S.A"

"We have a public health crisis, but months later, the President has shown no real leadership. Local governments are trying to fill the vacuum of leadership from the President, who has not put forward a plan on how to get this pandemic under control. Instead, he's insisting that this virus will disappear by signing executive orders", Biden said and criticized the Trump Administration's approach to the Coronavirus pandemic.

Kamala Harris: "America is crying out for leadership!"

"President's mismanagement of the pandemic has plunged us into the worst economic crisis since the Great Depression. We're experiencing a moral reckoning with racism and systemic injustice that has brought a new coalition of conscience, demanding change. America is crying out for leadership. Yet we have a President who cares more about himself than the people who elected him. But here's the good news, we don't have to accept the failed government of Donald Trump and Mike Pence. In 83 days, we have a chance to choose a better future for our country," she said.

Kamal Harris spoke of her work with Biden's son Beau Biden during the financial crisis while both were state attorneys general, saying, "We spoke almost every day, and I learned quickly that Beau was the kind of guy who inspired people to be a better version of themselves."

First Indian-American and 2nd African-American woman to serve as a Senator.

First African-American woman to represent California in the Senate.

She is the daughter of Jamaican and Indian immigrants 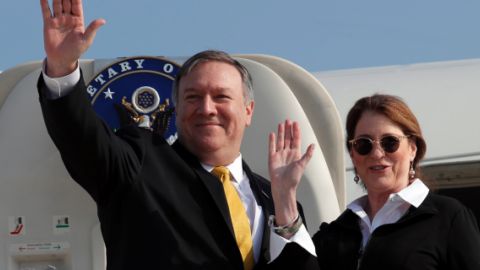 The U.S. Secretary of State Mike Pompeo said that the Trump administration would provide $17 million of aid to Lebanon and that the U.S. would continue to help the Lebanese people recover from this tragedy.
Pompeo also stated that he agreed with the call for the U.S. to conduct a transparent investigation to determine the cause of the explosion.
Secretary Pompeo also wished safe travels for John Barsa, Acting Administrator of USAID who will travel to Beirut, Lebanon.Before Deputy Administrator departure, Barsa said that assistance would be directed to medical authorities at the American University of Beirut and the  American Lebanese University. The United States is providing money to the World Food Program for emergency meals for about 300,000 people of Lebanon affected by the explosion at the port in addition to emergency medical kits.
President Trump also spoke separately with Lebanese President Michel Aoun and French President Emmanuel Macron after the Beirut explosion.
Secretary Pompeo Travels to Europe:
Secretary Michael R. Pompeo will travel to  Czech Republic; Slovenia;Austria; and Poland August 11 to August 15. Secretary’s visit in Poland will commemorate the centennial of the 1920 Battle of Warsaw, in which Polish forces defeated the Bolsheviks. 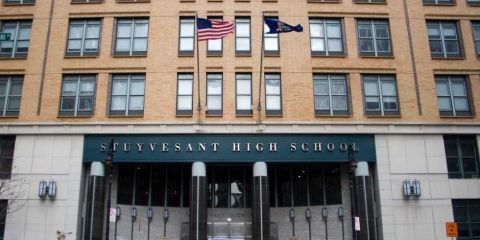 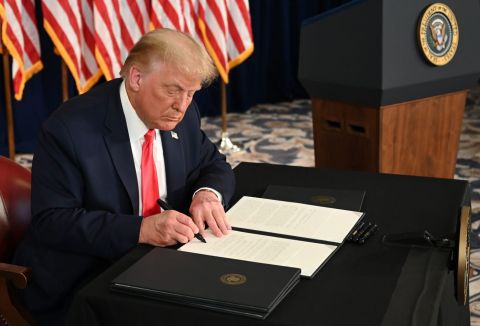