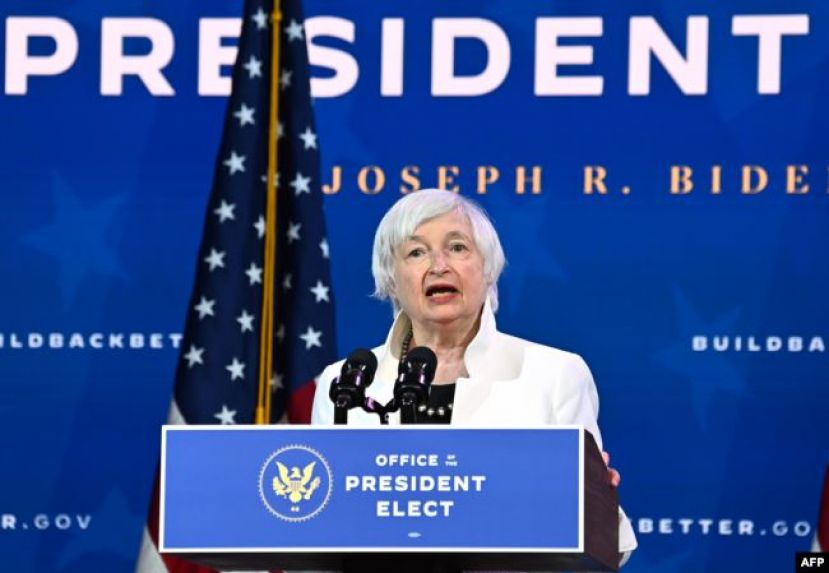 At Biden-Harris  transition headquarters in Wilmington, Delaware, President-Elect Joe Biden  introduced his new economic team as he called  "a 'First-Class' team who will bring America out of the financial crisis.

In his speech, Biden renewed his call to Congress to immediately pass the coronavirus economic aid package and stated that any potential aid package to be passed before January, when he takes over the Presidency, would only be the beginning. Biden added that his team had started working on the Coronavirus aid package and that the package would be announced immediately after he takes office.

"No one is more qualified than Yellen."

Biden officially announced Janet Yellen, the former President of the Federal Reserve (FED), as his nominee as the Secretary of Treasury. Yellen will be the first woman to take this role if she is approved by the Senate. Biden said, "No one is more qualified to deal with this crisis than Yellen."

Biden announced that he would be appointing Neera Tanden, the President of the Center for American Progress, a center for political and public research, as the head of the White House Office of Management and Budget. Tanden will be the first American woman of South Asian descent to take this role.

When talking about Tanden, Biden said, "She understands the struggles that Americans are facing."

Biden picks Wally Adeyemo as Deputy Secretary of Treasury. Adeyemo will be the African American who has been given the highest role at the Treasury to date.

Biden has announced Cecilia Rouse, the Dean of the Princeton University School of Public and International Affairs, as the Economic Advisor to the White House. Rouse will be the fourth woman, but the first black American, to take this role.

Biden also officially announced that Jared Bernstein and Heather Boushey would be among the names on the economic council.

Biden said that he hoped his candidates would be approved swiftly by the Senate.

On the other hand, Yellen, who has been announced as the Secretary of Treasury by Biden, said, "We are experiencing a historic crisis due to the pandemic and the economic consequences it has brought with it." She underlined that the pandemic had affected the poorest in a disproportional manner and essential to take urgent action. She stated that it was of critical importance that economic recovery includes everyone.

Mitch McConnell, the leader of the Republicans in the Senate, has proposed that the new economic aid package be merged with the budget proposal.

However, according to a Republican source from the Senate, the said proposal is very close to one that McConnell has been talking about for months and rejected by the Democrats. According to a document obtained by Reuters, the said plan foresees the setting aside of 332.7 billion dollars for small businesses, in the form of loans or grants.

Treasury Secretary Steven Mnuchin and Nancy Pelosi, the Speaker of the House of Representatives, had met on Tuesday to discuss the matter.