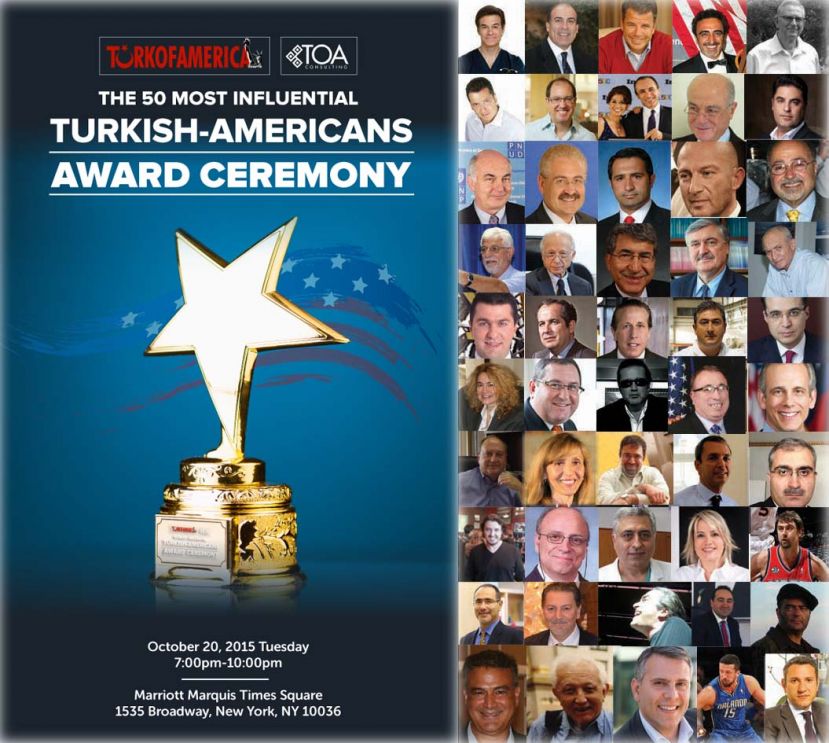 Turk of America, first and only Turkish American business magazine in English has published since 2002, advising committee has selected the list from a preliminary group of over 250 candidates from across the US. The magazine selected the 50 most influential Turkish Americans from 18 different states and eight categories or power bases: business, media, academic, sports, nonprofits and NGOs, politics and technology.

Cemil Ozyurt, Editor-in-Chief of Turk of America, says Turkish voices are heard in the community and the magazine just want to show how they have succeeded. "In addition to having a Turkish heritage, the influential people have Armenian, Assyrian, Kurdish, Jewish, Bosnian, Cypriot, and Arabian heritages as well," he adds.