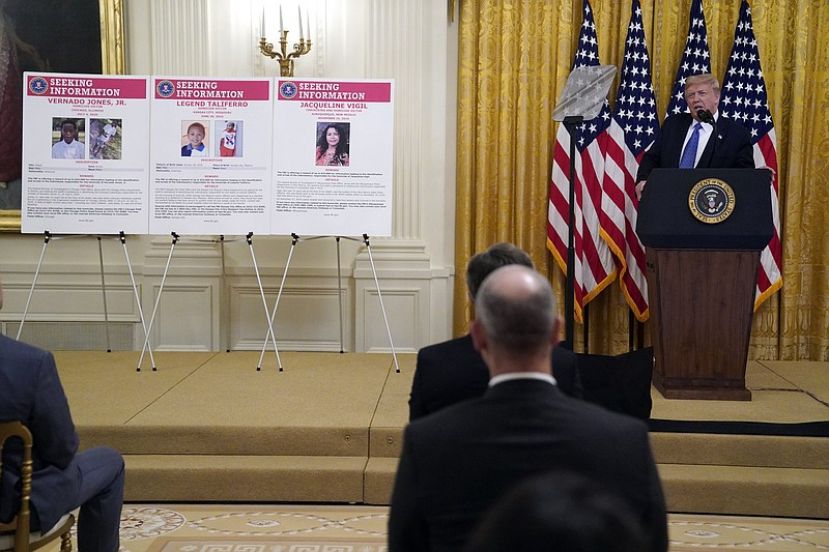 U.S. President Trump indicated during his press conference that federal law enforcement officers would be deployed to Chicago, Albuquerque and Kansas cities.

Operation Legend is named after the four-year-old LeGend Taliferro, who was shot and died while asleep in his house during the acts of violence in Kansas City. Trump announced that federal law enforcement officers were already deployed to Kansas City, Missouri, Chicago, one of the largest cities of Illinois, and Albuquerque, New Mexico.

President Trump continued using the expression “law and order” during the press conference. “In recent weeks, a left-wing extremist movement has been launched with the aim of abolishing our police force, cutting its budget,” Trump said, blaming the group for what he described as “armed attacks, murders, horrific crimes.”

Federal law enforcement officers are intervening in the protests in Portland.

President Trump said, “The bloodshed must end. We will deploy hundreds of troops to Chicago. We will find, prosecute and imprison the criminals. We have no other choice than to get involved.”

President Trump remarked that the protests against racism in the U.S. might be the cause of the increase in novel coronavirus (Covid-19) cases among young citizens.

Crime Rates Are Increasing Across the Country

Security Experts shared the following factors as causes of the increase in crime rates: weather getting hotter, more people going outside, states resuming economic activities, and people’s trust in law enforcement officers decreasing under the shadow of protests organized after African American George Floyd’s death, which was caused by police while taking him into custody in May in Minneapolis.

Who is in Power?

Federal Government and Local Governments especially in Seattle,Portland, New York, Chicago have disagreement how to handle the protests.Especially many cities are going after defunding the police budget.

United States Constitution reserves police powers for states to exercise. However the federal government’s involvement at the local level is limited to specific purposes such as combating crimes covered by federal law (examples: weapons possession and counterfeiting), protecting federal properties like courthouses and safeguarding U.S. constitutional rights per Washington Post.

President can send federal forces into cities so long as they stay within their statutory authority of “enforcing federal law,”

The Department of Homeland Security has about  two thousand federal officials from its divisions, including CBP  on standby for possible deployment to cities, according to the New York Times.