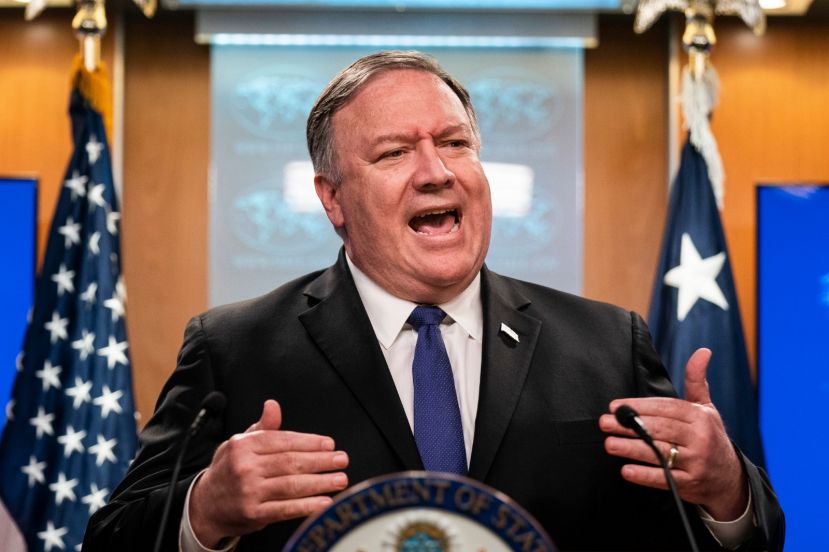 On Friday, foreign ministers of Azerbaijan and Armenia are scheduled to separately meet with Secretary of State Mike Pompeo in Washington, DC.

Recently, Secretary Pompeo made a statement on the conflict between Armenia and Azerbaijan. "We are watching what's taking place there. We have joined our European partners, and frankly, many countries around the world to ask that there be a ceasefire as the beginning of a solution to the conflict. We've watched the reporting of civilian deaths. We've watched Turkey begin to reinforce Azerbaijan. We've asked every international player to stay out of the region, not to continue to reinforce trouble, and we're working to deliver that. We're using our diplomatic toolkit to try and achieve an outcome that gets a stand down, a ceasefire, and an outcome that is a solution based on international law."

As the fighting between Armenian and Azerbaijani forces is continuing close to the region where the natural gas and oil pipelines going from Azerbaijan to Europe are situated, this is also causing fears that it will have a serious negative impact on both a regional and global scale.

Western Media is Ignoring the Armenian Attacks  to Azerbaijan

The media, which is described as the "mainstream press" in the US, did not make headlines about many civilians' death, including children, in the ballistic missile attack Armenia organized in Ganja since last week.

Azerbaijan had begun operation on September 27. The Azerbaijan army had started a counter-offensive following attacks by the Armenian army on civilian residential areas.

Having lost its positions, the Armenian army had continued its attack on Azerbaijan's civilian settlements with artillery and missiles.

During the talks in Moscow, Armenia and Azerbaijan had decided on a humanitarian "ceasefire" on October 10 to exchange funerals and prisoners in Nagorno-Karabakh. However, Armenia broke the ceasefire three times the past ten days and continued to attack civilian areas in Azerbaijan.

President Erdogan stated that "The West isn't taking sides with Azerbaijan. A ceasefire was declared tonight, but Armenia has again violated it. The West isn't saying anything. And when Turkey says something, they say 'Look, Turkey never keeps quiet.' We will not stop. We will stand by the right and the righteous."