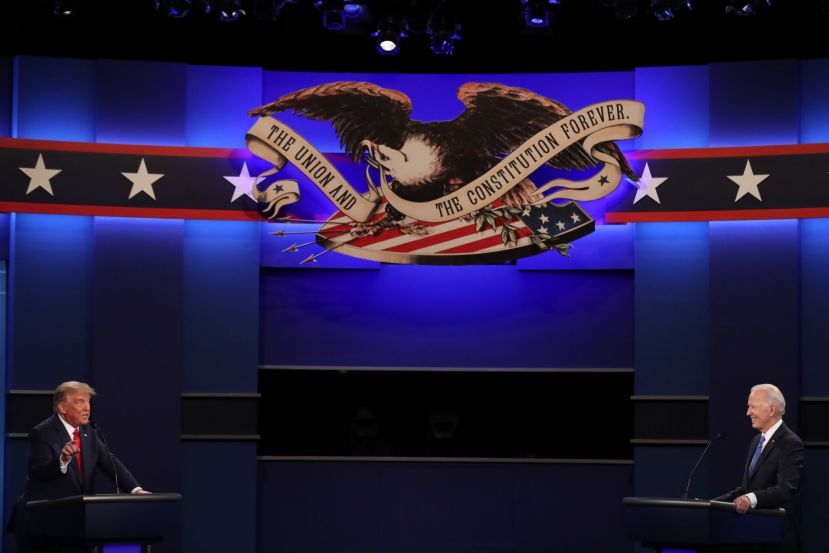 The second and final Trump-Biden debate took place in Nashville, Tennessee. To prevent the candidates from interrupting each other within the framework of the new rules set by the Commission on Presidential Debate , President Trump and Democratic presidential nominee Joe Biden had two minutes of uninterrupted time to speak at the beginning of every 15-minute segment of the debate.

-It was more calm and civilized than the first debate, and it was not overlooked that President Trump went to the discussion in a more careful and prepared way.

-Covid-19 struggle, immigration reform, economy, national security, climate change racism, leadership, and family issues were discussed. Foreign Policy was not addressed, but the names of Russia, China, and North Korea were mentioned in the speeches of the candidates.
-Addressing systemic racism,Moderator Welker asks the President Trump and Biden about ‘The Talk.’ Also, Biden and President Trump spar about their respective histories on criminal justice.

- President Trump stated that Biden had not acted in his position at the White House in 8 years, while Joe Biden framed the election as a battle over the character of the nation, a reiteration of one of his major campaign themes.

-President Trump came on stage without a mask, Biden wearing a mask.
-Since nearly 45 million voters vote early by mail or by going to ballot boxes, and the rate of undecided voters is 3%, this final debate would not be directly elected.

In the USA, which has 250 million voters, going to the ballot box did not reach 60 percent in past elections; however, the voting rate is high in the 2020 Presidential elections. It cast 138 million votes in 2016; the number of these elections is estimated to be 170 million.