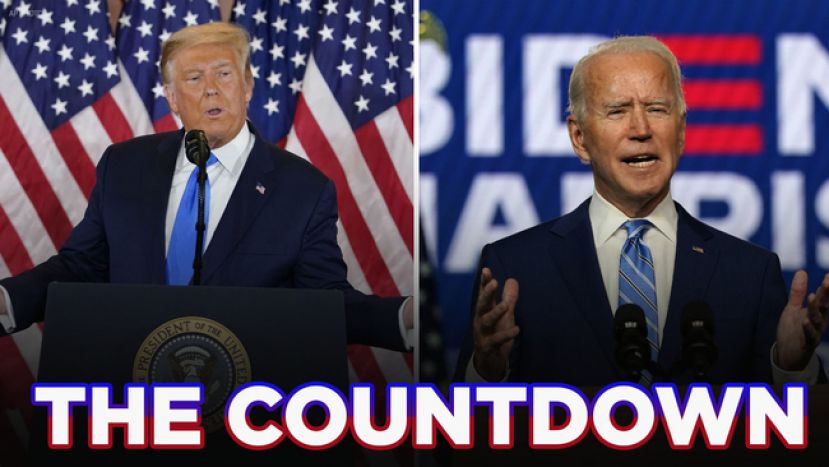 After officially being declared as the President-elect, Joe Biden will be the 2nd Catholic President, the President-elect with the most number of votes cast ever, and the oldest elected president. Kamala Harris, the first woman Vice President, stands exceptional as she is from a migrant family of Jamaican and Indian origins. Voters also have broken a record with 65 million mail-in ballots cast. Additionally, Mark Kelley is the first Democrat Senator elected in Arizona in 70 years.

- The youngest member of the House of Representatives, at 25 years old: Madison Cawthorne

- First Transgender member to be elected to the State Senate: Sarah McBride

- First member of Congress who identifies as gay: Richie Torres

- The first black woman elected by Missouri to the House of Representatives: Cory Bush

The elections in the U.S. were not just at the Presidential and Federal levels; there were also elections for the local administrations, and four Turks ran for election. While Ajlan Kurdoğlu, who was in the running to become the State Senator of Arizona, received 49% of the votes, his opponent received 51%. In New Jersey, Republican Tayfun Selen is running for Morris County Board of Chosen Freeholders again, and nothing is official yet. However, he is likely to be elected. On the other hand, in Michigan, Onur Arugaslan, who ran for the Trustee and Member of the Board of Education for Mattawan Consolidated Schools, and John Alpay for San Juan Capistrano City Council, in Orange County in California, lost the elections. Therefore, the number of the members of the Congressional Caucus on Turkey and Turkish Americans, which was 110 previously, is now below 100 due to members either retiring in 2021–2022 or losing the election.

Why are election results taking so long?

Biden is close to victory

Leading in North Carolina and Nevada, Joe Biden, the 2020 presidential candidate of the Democratic Party, can be considered close to victory. In fact, seeing President Trump leading in the swing states, including Florida, after people started counting votes on election night, created a feeling that he was going to win. However, claiming victory on election night itself was his biggest mistake. Joe Biden's calm and cautious manner signaling "hope" gained the appreciation of the public. Currently, with the majority of electoral votes in his favor, Joe Biden's campaign has put together a White House transition team and is working on the prospective names to take office with him.

Silence in the White House

Over the last three days, I have been following the election process at the White House for long hours. President Trump seems dispirited, and he will, in every respect, fight before transferring power. When we speak to the officials in the White House from time to time, they say that they are keeping their spirits up and that the election is not over yet. In fact, I keep recalling the moment Trump's family members were entering the room during his victory speech on the night of the election. They were speaking to everyone with the confidence that it was all over. Trump has not made any public appearances since the election night but continues to send out harsh messages through social media. When the pointer suddenly turned toward Biden on November 4, many journalists made their way to Biden's headquarters in Delaware. All of a sudden, the White House fell into silence.