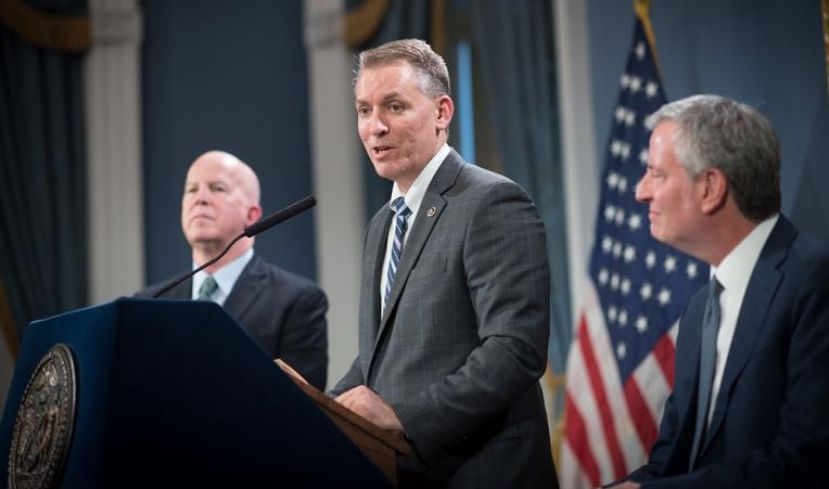 NYPD Commissioner Dermot Shea announced that the NYPD has now substantially implemented the suggestions of an non-partisan blue-ribbon panel of former prosecutors and judges for improving the NYPD's internal disciplinary system.

NYPD Commissioner Shea "We ask for the public's trust – and the public must know we are worthy of it. Policing is a privilege and demands the community's trust in knowing that NYPD officers are living up to the NYPD's high standards for integrity, fairness, compassion, and effectiveness in keeping the peace, protecting life and property and maintaining order"

What has been done under Commissioner Shea?

-Wielded his authority as the final arbiter of discipline in clear and decisive ways.

-Overseen the monthly publication of the NYPD's trial-room calendar.

-imposed punishments swiftly and often more punitively than is recommended.

What is "Blue Ribbon"?

An independent panel found an effective and fair NYPD disciplinary system and implementing its recommendations, and the NYPD is improving it every day in every way.

NY Mayor Bill de Blasio has made a statement that the Obama Foundation is helping the City for police reform.  Mayor Blasio has said “We want it to be clear that when certain actions are taken, when certain mistakes are made, there will be accountability,”It is well known that Mayor Blasio criticizes NYPD frequently and his remarks are not welcomed by many NYPD Officers

More in this category: « This was an election of firsts Biden's A Team and Covid-19 Challenge »