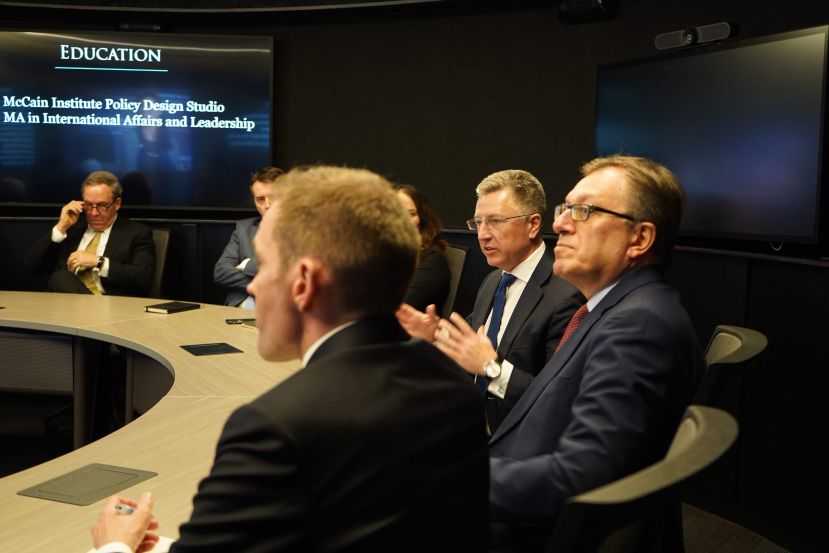 Secretary General Stoltenberg appointed an independent Reflection Group co-chaired by Thomas de Maizière and A. Wess Mitchell and consisting of John Bew, Greta Bossenmaier, Anja Dalgaard-Nielsen, Marta Dassù, Anna Fotyga, Tacan Ildem, Hubert Védrine, and Herna Verhagen.
The Secretary General tasked the Group with providing recommendations in three areas:
1) Reinforcing Allied unity, solidarity, and cohesion, including to cement the centrality of the transatlantic bond;
2) Increasing political consultation and coordination between Allies in NATO; and
3) Strengthening NATO’s political role and relevant instruments to address current and future threats and challenges to Alliance security emanating from all strategic directions
Full Report: https://www.nato.int/nato_static_fl2014/assets/pdf/2020/12/pdf/201201-Reflection-Group-Final-Report-Uni.pdf
Turkish Diplomat Taclan tweeted the following statement "Honour & pleasure for me to take part in this important work.The report entitled “#NATO2030: United for a New Era” is a product of a long but enriching experience. I will cherish our thorough and painstaking deliberations among the members of the Experts Group with each of  whom my engagement will remain as a memorable souvenir."

Ambassador Ildem is a senior Turkish diplomat. Since the start of his career in 1978, he has held positions involving multilateral and bilateral affairs. Before assuming his current responsibilities, Ambassador Ildem served as Permanent Representative of Turkey to the OSCE in Vienna from 2011 until 2016. During his term in Vienna he performed the duties as the Chairperson of the OSCE Security Committee and as the Coordinator for Conflict Cycle for the Helsinki +40 process.
Previously Ambassador Ildem was Director General for International Security Affairs at the Ministry of Foreign Affairs (MFA) in Ankara (2009-2011), Turkey’s Permanent Representative to NATO (2006-2009) and Ambassador of Turkey to the Kingdom of the Netherlands (2003-2006). His earlier assignments include Chief of Cabinet and Principal Foreign Policy Advisor to the President of the Republic of Turkey (2000-2003) when he also acted as the Presidential Spokesperson; Special Advisor to the Undersecretary of the MFA; Head of the NATO and Western European Union Department; Minister-Counsellor and Deputy Chief of Mission at the Turkish Embassy in Athens; Head of the NATO Military Affairs Department at the MFA; Political Counsellor and Spokesperson at the Turkish Embassy in Washington D.C.; and First Secretary at the Permanent Mission to NATO as well as at the Turkish Embassy in New Delhi.

Through these roles Ambassador Ildem has accumulated extensive experience in the international security domain with particular involvement in transatlantic relations. He has taken part in a number of key NATO initiatives, including the development of the 2010 Strategic Concept.

Ambassador Ildem was born in 1956 and is a graduate of Ankara University Political Science Faculty with a specialisation in international relations.

More in this category: « Biden's A Team and Covid-19 Challenge New York Will Begin Phased Reopening Of Public Schools On December 7th »