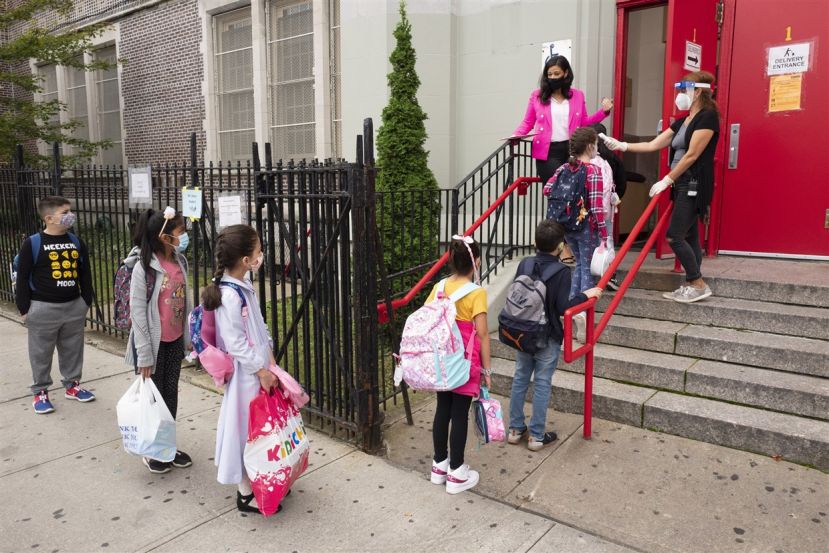 Life in New York is slowly returning to normal. New York Mayor Bill de Blasio announced that for the first time since November, public high schools will begin face-to-face education on March 22.
Governor Andrew Cuomo and Mayor Bill de Blasio had given the good news that following the decrease in the number of coronavirus cases, firstly movie theaters would be open on March 5th. Some cultural activities, prayers, and weddings could be carried out with limited capacity as of March 12th.
After the Centers for Disease Control and Prevention (CDC) announcement regarding the new rules for fully vaccinated people on Monday, de Blasio stated that public high schools would also be open, which were closed precisely one year ago.
488 public high schools in New York are preparing to start education, with some offering hybrid instruction. Authorities said that nearly half of the high schools would offer in-person classes to all or most of their students five days a week, while others will offer remote or face-to-face hybrid instruction.

Schools in regions where the number of Coronavirus cases is high will offer face-to-face teaching for half of the students. Teachers and staff will return to schools on March 18th to begin preparing the classrooms. While around 55,000 students return to school, 282,000 high school students will continue to receive their education online.

Team sports, which have been deemed high risk, will restart throughout the city in April, and the school tournaments will continue all summer.

The Mayor also emphasized the importance of using masks and following social distance rules in schools.

Vaccinations are also in full swing in New York. Governor Andrew Cuomo, who lost his popularity due to scandals and is about to lose his revocation power, announced that 10 new vaccination centers would be in service across the state. So far, 3 million people have been vaccinated in New York, New Jersey, and Connecticut.
Last modified onThursday, 11 March 2021 13:44