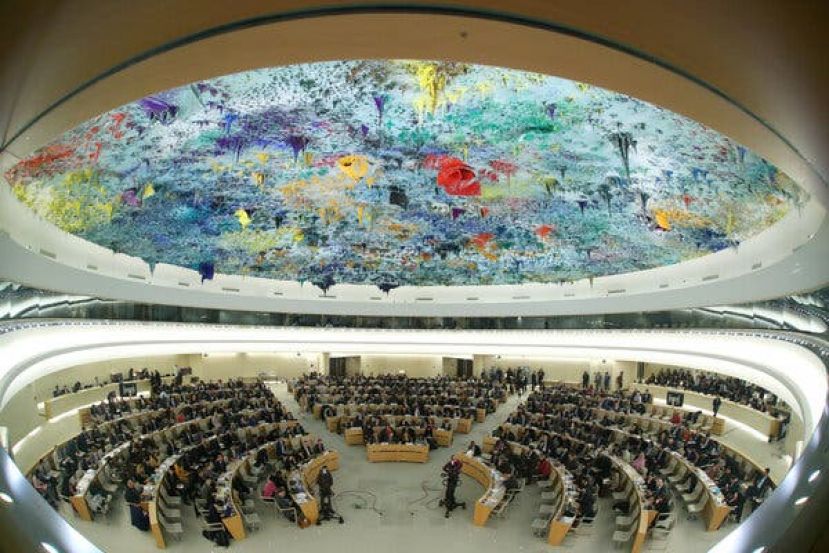 The U.N. Human Rights Council members are selected according to geographical regions within the scope of the principle of equal representation. Members cannot serve in the council for more than two consecutive terms. The General Assembly selected Kazakhstan, Gambia, Benin, Qatar, United Arab Emirates, Malaysia, Paraguay, Honduras, Luxembourg, Finland, Montenegro, and Lithuania as new members to the council voting that took place today. Cameroon, Eritrea, Somalia, India and Argentina were re-elected to the council. The U.S. was the second country with the lowest votes, after Eritrea, which received 144 votes.
Stating that "the lack of competition in this year's Human Rights Council vote is a mockery of the concept of 'elections','', U.N. Director of Human Rights Monitoring, Louis Charbonneau asserted that "the election to the council of countries with serious human rights violations, such as Cameroon, Eritrea, and the United Arab Emirates, sends a very negative message that U.N. member states are not taking the protection of human rights seriously, which is the council's main mission."
U.S. Permanent Representative to the UN Linda Thomas-Greenfield stated that Washington would primarily focus on "what can be achieved for countries with urgent needs such as Afghanistan, Burma, China, Ethiopia, Syria, and Yemen."
In his statement, Ambassador Thomas-Greenfield said, "Our goals are clear; to stand with those who defend human rights, to oppose human rights violations."
Ambassador's Full Statement: https://usun.usmission.gov/statement-by-ambassador-linda-thomas-greenfield%e2%80%afon-the-election-of-the-united-states-to-the-human-rights-council/
Last modified onMonday, 18 October 2021 09:49
Tagged under

More in this category: « Mazurkevich: Ukraine needs to become a member of NATO. U.S. Warns NATO Allies of Possible Russian Invasion in Ukraine »