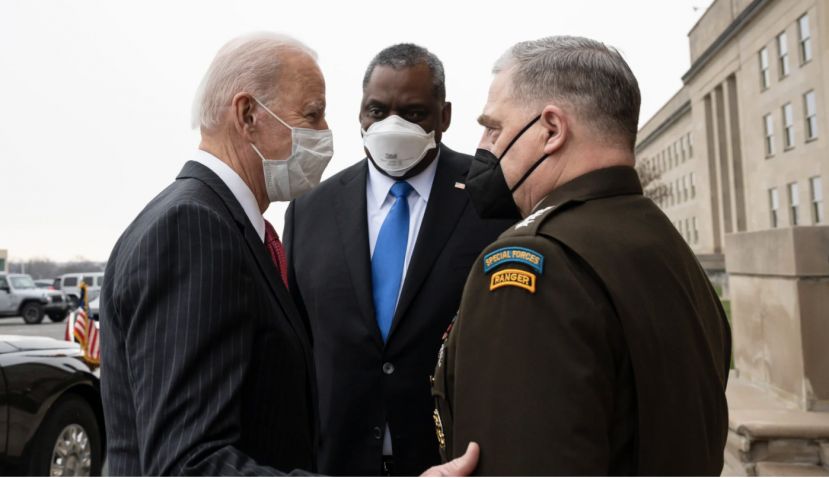 The NDAA passed the House of Representatives on December 7, and the Senate approved it on December 15.

What does the bill include about Turkey?

Amendments to investigate and report on the utilization of drones in the Nagorno-Karabakh war and to remove the exception which blocks the aid to Azerbaijan were added to the NDAA.

The bill envisions full support for the military modernization of Greece,
approves and accelerates the sales of new U.S. military equipment and fosters cooperation between Cyprus, Greece, Israel, and the U.S.

The bill includes articles that authorize the President of the U.S. to expedite the supply and delivery process of F-35s if Greece decides to buy them from the U.S.

The bill also includes numerous articles about sexual assault in the Army, extremism, and fighting against racism. It also consists of a 2.7 percent increase in basic military pay.

The bill increases the minimum required time for someone who retired from the U.S. Army to become the Secretary of Defense from 7 years to 10 years. The requirement to become secretary-general is similarly increased from 5 years to 7 years.

The bill stipulates that China's military moves in the region should be closely monitored. It requests the continuation of the defense cooperation with Taiwan as necessary and calls to ensure that the Taiwanese Army stays modern.

The bill calls for the formation of the independent Afghanistan War Commission, which will examine the 20-year war waged by the U.S. in Afghanistan following its withdrawal.

More in this category: « Turks in Mexico Arms Rolled Up to Restore Safety in New York »