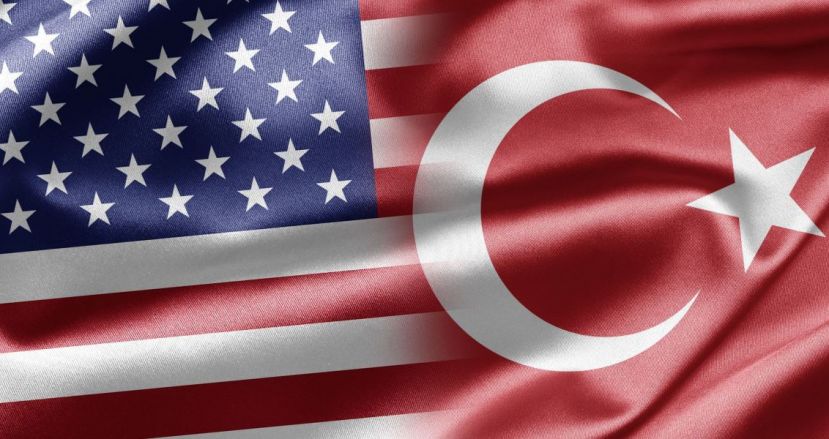 Turk of America Journalist Ali Cinar analyzed what happened in the relations between Turkey and the U.S. in 2021.He also analyzed the future of the relationship between two NATO Allies.

-Since taking office in January, President Biden has maintained a distance from President Erdogan.

-Biden and Erdogan had only one phone call and two meetings (in Brussels and in Rome).

-Secretary of State Blinken and Turkish Foreign Minister Çavuşoğlu had 12 meetings, 8 of which were over the phone and 4 in person. The U.S. Secretary maintains contact through diplomatic channels.

YPG/PKK: The U.S. defense budget includes an aid for education that is worth $177 million. However, there are issues that remain unsolved.

F-35/F-16: In addition to Turkey's official removal from the F-35 program, the U.S., a NATO ally, still imposes sanctions on Turkey, another NATO ally. These sanctions are imposed on the official representatives of the Defense Industry. Negotiations on the F-16 matter are ongoing, but it is possible that the Biden Administration will string out Turkey's demand up until 2023.

Halkbank: All of the appeals made by the bank's legal team were denied. Eventually, they appealed to the Supreme Court. However, the local courts may find Halkbank guilty and submit the required conditions for the penalty sentencing to the Ministry of Finance in 2022.

Afghanistan: The U.S. negotiates with the Taliban either directly or through Qatar. The Biden Administration deliberately refrains from giving any credit to Turkey for its role and efforts in the Afghanistan matter.

Libya: The U.S. did not target Turkey directly while asking for the withdrawal of all foreign forces from Libya.

Turkey-Russia Cooperation: As it follows Turkish rapprochement with Russia in defense closely, the Congress will indeed impose sanctions after the recent S-400 purchase. In addition, the U.S., which is pleased with Turkey getting closer to Ukraine, is curious about Turkey's attitude toward Russia if Russia makes an invasion attempt.

U.S. Congress: A total of 89 of the Congress members are in the Turkish Coalition Group; 4 of them are senators, and 85 of them are members of the U.S. House of Representatives. Turkey is one of the countries that have a bad reputation after Russia and China. The collective efforts of Armenian, Greek, YPG-PKK, and Indian opposition groups are effective in terms of this bad reputation.  Moreover, serious steps were taken against Turkey and Azerbaijan, especially through the personal endeavor of the Senate Foreign Relations Committee Chairman, Menendez.

FETO Issue: While this issue was shut down in Washington, D.C., FETO silently continues to grow stronger.

Human Rights:  Turkey's exclusion from the Democracy Summit was perceived as a message to Ankara.

Trade Volume Increase to $100 Million: The Biden Administration shares the eagerness toward increasing the trade volume, which was initiated by President Trump and President Erdogan. However, no steps were taken regarding how to do it and in which way to do it.

-President Erdogan's and President Biden's relations will continue at a steady level. However, Biden will maintain his distance. Their first meeting is predicted to take place in Madrid during the NATO Summit in June.

-Turkey's growing rapprochement with Russia in the defense areas might trigger new sanctions. It is worth noting that, on September 28, the Senate Foreign Relations Committee Chairman Menendez said there would be no new sales unless S-400 was off the table.

-It is expected that the major issues will still be on the table in 2022.

-The Congress is likely to impose new sanctions against Turkey and take new steps for expansion of the Greek military.

-It should be taken into account that although mending Turkey–Armenia relations will continue to receive a positive response from Washington, D.C., Armenian associations are likely to overshadow these efforts.

-Biden is expected to deliver a speech on April 24, 2022, with the same transcript from 2021 about the alleged Armenian genocide.

-New Ambassador Flake will be in Ankara on January 7. Having been in the political scene and the Congress for over 18 years, Flake may prevent crises by acting as a bridge between the Biden administration and Ankara.

-The Central Bank of the United States is expected to raise interest at least three times in 2022, the first of which will be in March.

- The section supports the interest of Turkey–U.S. relations, which have decreased in Washington, D.C.; it will be critical to perform mutual concrete and outcome-oriented visits between Turkey and USA.

Areas of success: Distribution of vaccines to many countries, response to international organizations (e.g., the World Health Organization and the U.N. Human Rights Council), more systematic coordination with the E.U. countries (the latest being the joint declarations on the Ukraine issue), restoration of trust within NATO, promise to give more importance to Asia-Pacific and Australia, India, and Japan (the QUAD)

Areas of failure: He is criticized in terms of his empty rhetoric against Russia and China, and having no concrete strategies, particularly against China, and remaining weak in terms of economic relations with the region. Republicans in Congress have reacted to him after his withdrawal failure in Afghanistan, inconclusive nuclear agreement endeavors with Iran.He maintained Trump's policies in the Middle East

-The most important agenda item will be negotiated with Russia in January. Ukraine is at the top of the main list of the 2022 agenda, together with a struggle with China, of course. Regarding the struggle with China, Biden's return to the Comprehensive and Progressive Agreement for Trans-Pacific Partnership (CPTPP) , which Trump exited, is on the agenda.

-In the 2022 congressional midterm elections, 435 seats are up for election in the House of Representatives as opposed to 34 seats in the Senate.

-Biden is likely to lose the majority in both the Senate and the House of Representatives at this rate.

-Midterm elections are not in favor of the president's political party. The midterm elections resulted in the Democratic Party losing approximately 30 seats in the House of Representatives and the Senate combined.

-Eric Adams, the Turkish-friendly Mayor of New York: Eric Adams, who has been to Turkey five times since January 1, took office in New York. One of his missions is to sign a sister-city agreement between Istanbul and New York.

-The Average of the Poll Results from Eight Polling Companies between December 11 and December 27: 43% "approve," 53.4% "disapprove"

Who can run for president in the 2024 presidential elections?

-Democrats: If Biden doesn't run, the strongest first candidate is Kamala Harris, followed by the rising star Pete Buttigieg, the secretary of transportation.

-Republican: Top candidate of choice is the 45th President Trump, and the second most popular candidate is Florida Governor Ron DeSantis. It is said that President Trump will be done up by 2024 because of the January 6 Congressional raid investigation and the lawsuits brought against him/his institutions. The governor of Florida has serious popularity among the Republicans, but Trump's candidacy is considered certain.

-The Battle against COVID: The number of COVID-related deaths in the U.S. is expected to reach 1 million by March 1, 2022.

-There is high economic distress with a 6.8% inflation rate, the economic damage caused by COVID-19, and an unemployment rate being 4.2%.

-The decisions of the Fed will be critical in 2022.

More in this category: « 3 Turks in the Transition Team of the New Mayor of NY President Biden's European Trip »