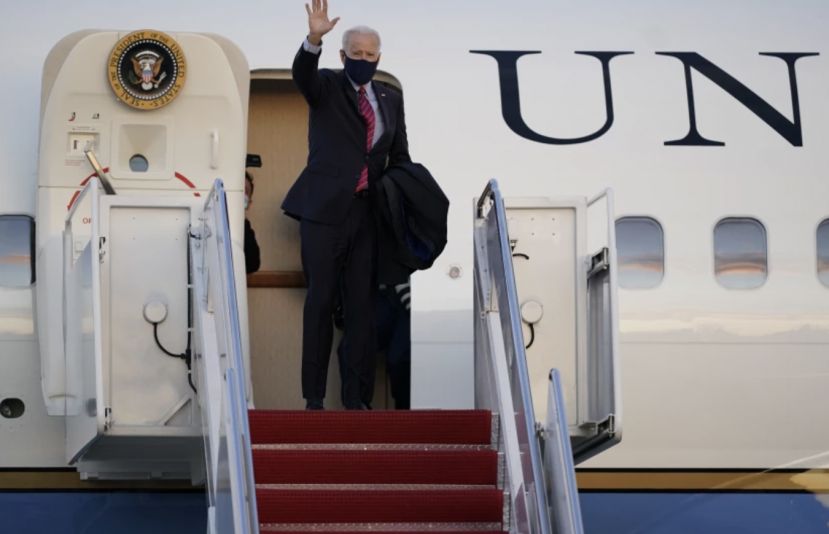 U.S. President Biden will depart from Washington, D.C. on March 23 to attend three crucial meetings in Europe on March 24. He will attend meetings with the Council of the European Union, the Extraordinary Summit of NATO leaders, and the leaders of the G7 countries. The main items on the agenda will be an evaluation of the Russian invasion of Ukraine and new steps that can be taken. In particular, discussions will be held on the matter of whether any further sanctions should be imposed in addition to the joint sanctions decided upon by the U.S., the U.K., and the European Union. It is expected that a decision will be made at the NATO summit, which will strengthen the Eastern Flank and Baltic countries in NATO from a military point of view.

The U.S. currently has 100,000 soldiers in Europe, with 14,000 of these in the Eastern European Bloc. White House spokesperson Jen Psaki said, "It will be a very long day" of meetings for President Biden on Thursday, March 24.

Psaki added, "His goal is to meet in person with his European counterparts to talk about, and assess, where we are at this point in the conflict, in the invasion of Ukraine by Russia. To date, we have been incredibly aligned with our European allies, but this does not happen by accident. The President is a big believer in face-to-face diplomacy. So, it is an opportunity to do exactly that."

President Biden announced his visit shortly before signing the draft legislation pledging $13.6 billion of additional military and humanitarian aid to Ukraine as part of the $1.5 trillion government spending measures. This visit is scheduled to take place after Vice President Kamala Harris has completed her visit to the Eastern Bloc NATO countries.

Polish Foreign Minister, Zbigniew Rau, has said that it is likely that Biden will visit Poland while in Europe. According to the U.N., nearly two million Ukrainian refugees have entered Poland since the start of the war. Psaki did not have any further details on whether Biden would visit Poland during the trip.

The Biden administration has thanked Turkey for its diplomatic efforts. During a press conference held by Secretary of State Blinken, he confirmed that he was pleased with Turkey's initiatives to bring the Ukrainian and Russian leaders together. He also said that the two NATO allies would continue to act together in coordination against Russia. U.S. Secretary of State Blinken spoke to his Turkish counterpart, Çavuşoğlu, telephonically, while the U.S. Secretary for Defense Austin met his Turkish counterpart, Akar, in person, in Brussels last week.

President Biden is not expected to meet Erdoğan.

More in this category: « The Future of U.S.-Turkey Relations and Prospects in 2022 White House Correspondents' Association Held Its Annual Dinner. »