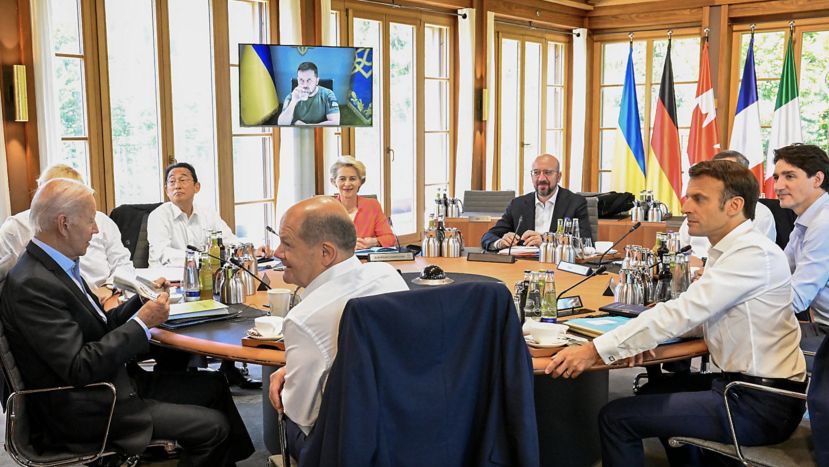 Ukrainian President Volodimir Zelensky joined the G7 summit that remotely brings the seven wealthiest economies in the world. He said that his country required more support to protect itself.

Zelensky warned that Russia was stepping up its rocket attacks against Ukraine and said, 'I need modern and effective air defense systems to ensure the safety of the civilian population and protect our cities. Heavier sanctions should be implemented against Russia. It is important to consider effective mechanisms that can remove obstacles preventing Ukraine's grain export and keep the global food supply intact.'

US National Security Advisor Jake Sullivan said that in his remote remarks, Zelensky described his country's current situation and how his government allocated the financial and military support they had received so far. Sullivan also stated that the Ukrainian leader gave the message that in the struggle against Russia, he was determined to bring his country to an advantageous position in the coming months.

Sullivan pointed to the next 24 hours for a possible Biden-Erdoğan meeting.

While answering questions for the press, Sullivan said that there wasn't an exact program for President Joe Biden to meet with President Recep Tayyip Erdoğan during the NATO Summit that will take place in Madrid. But he said there could be developments in the next 24 hours.

On the other hand, G7 leaders issued a joint statement affirming their continued support for Ukraine shortly after Zelensky spoke to them today. The statement said, 'We will continue to provide financial, humanitarian, military, and diplomatic support and stand with Ukraine as long as it takes,' and it emphasized that Ukraine had the support of the G7 when it came to protecting its territorial integrity, defending itself, and determining its future.

Journalist Ali Cinar explained the outcome of the G7 summit that was held in Germany on Bloomberg HT yesterday.

More in this category: « Secretary Blinken: 'Sweden and Finland have more than enough to become NATO members.' Former U.S. Military Attaché Richard Outzen: "Turkey will launch an operation in Syria" »