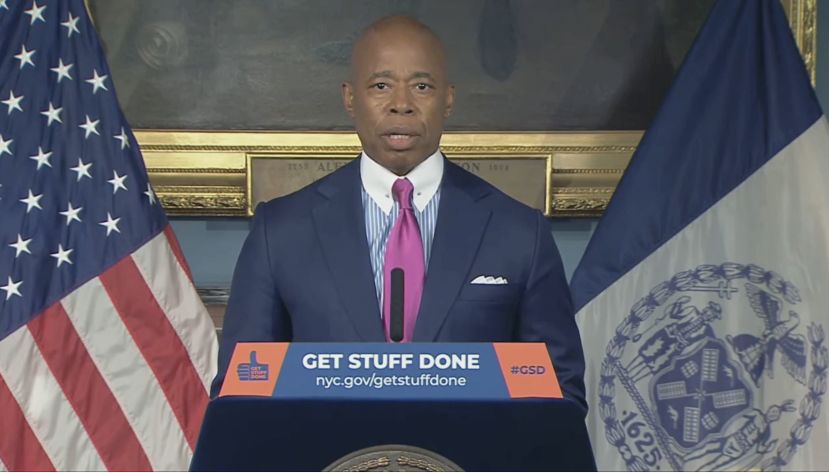 New York Mayor Eric Adams announced that he declared a state of emergency in New York City today after tens of thousands of immigrants were sent to New York. As New York City's homeless housing system hits a record with more than 61,000  living in the city, the city is prepared to spend $1 billion on its response and has called for federal and state funding to help pay for housing and services for the busloads of immigrants straining the city's homeless housing system.

Mayor Adams: ‘We need help, and we need it now.’

Democratic Mayor Adams, who took office in January, announced that the city plans to build a tent reception center on Randalls Island in the East River, just outside of Manhattan, and is also in talks with cruise ship companies to accommodate newly arrived illegal immigrants on a ship.

About 17,000 new illegal immigrants have arrived in the city since April, President Adams said, with an expectation of 100,000 to arrive at some point. Noting that at least nine more buses arrived yesterday alone, Adams said the city has set up 42 emergency shelters and enrolled 5,000 children in schools.

Mayor Adams said declaring an emergency would allow city officials to act more quickly to provide services, while He said he is looking for ways to send some migrants to other cities.

New York Mayor Adams criticized Texas Governor Greg Abbott for failing to coordinate immigrant arrivals, calling for him to stop sending buses to New York and to spread the load to other cities: ‘Mayor Adams, New Yorkers are angry, and I'm angry too. We didn't ask for it.’ Mayor Adams said he spoke recently with Mayor Biden about the crisis and that the President Biden and Governor Höchul understood the challenges facing the city