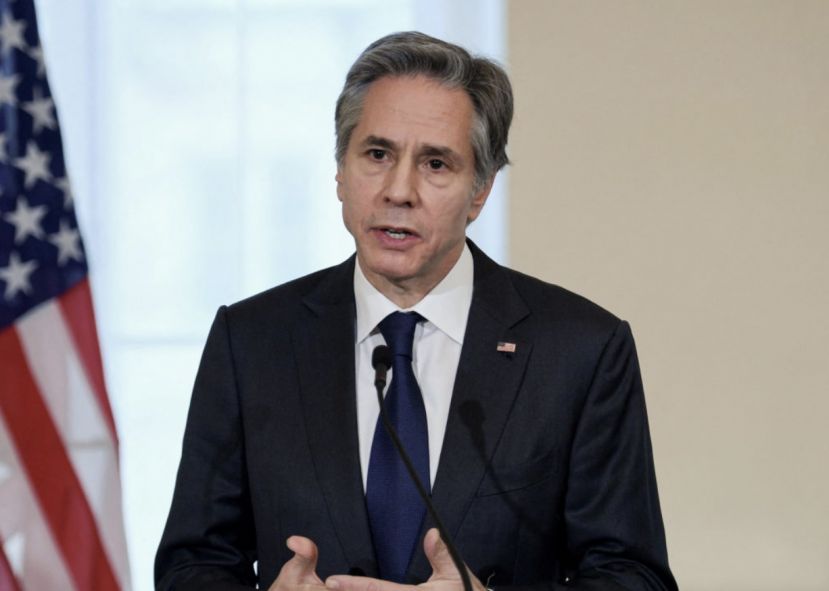 U.S. Secretary of State Blinken, saying that the U.S. regrets Russia's withdrawal from the Black Sea Grain Initiative agreement, calls on Moscow to continue the deal. Here is the full statement from State Department:

"The United States regrets Russia’s suspension of its participation in the operations of the U.N.-brokered Black Sea Grain Initiative.  We urge all parties to keep this essential, life-saving Initiative functioning.

The Black Sea Grain Initiative has already moved more than 9 million metric tons of food and brought prices down around the world, which has been critically important for low- and middle-income countries.  It has been a success and must continue.

Any act by Russia to disrupt these critical grain exports is essentially a statement that people and families around the world should pay more for food or go hungry.

In suspending this arrangement, Russia is again weaponizing food in the war it started, directly impacting low- and middle-income countries and global food prices, and exacerbating already dire humanitarian crises and food insecurity.

We urge the Government of Russia to resume its participation in the Initiative, fully comply with the arrangement, and work to ensure that people around the world continue to be able to receive the benefits facilitated by the Initiative."

What would happen next?

After Russia's decision, the United Nations Security Council is expected to meet this week. In addition, Turkey, which plays a vital role in the grain agreement with Russia, is scheduled to meet with Turkish and American officials this week.

The Black Sea Grain Initiative, carried out under the coordination of Turkey for the solution to the global food crisis, was signed on July 22, in Istanbul, between Ukraine, Russia, Turkey, and the United Nations (U.N.) under the auspices of President Recep Tayyip Erdoğan.

More in this category: « President Biden: The member of the Security Council, Russia, has deliberately violated the UN Charter White House Press Secretary: U.S. is in touch with Turkey over tanker delays »