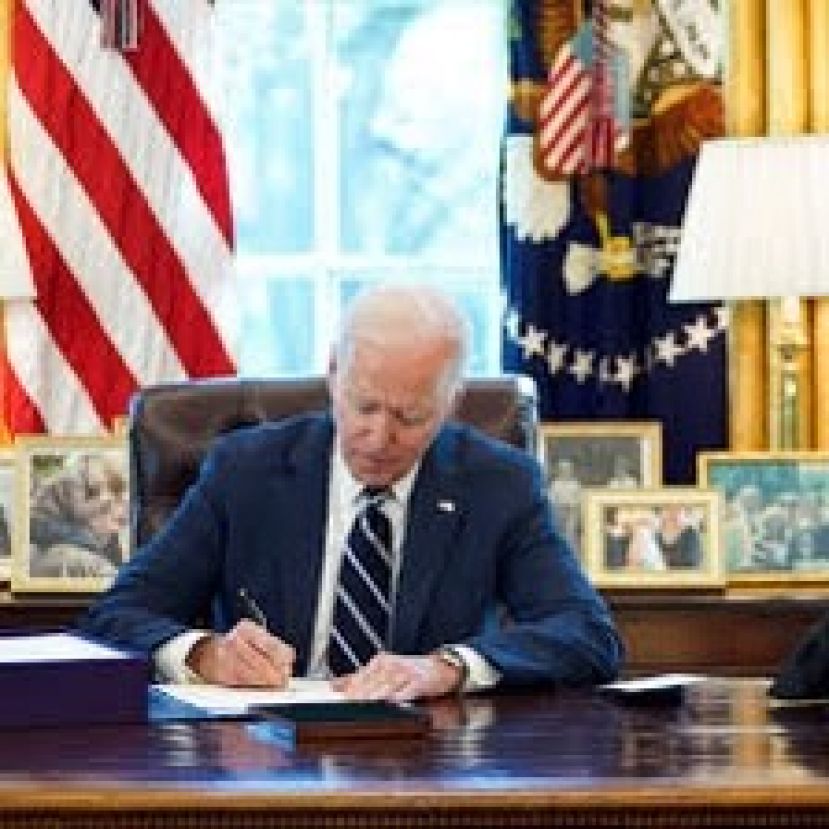 According to the Real Clear Politics polling averages, 43% of Americans approve of President Biden's job. President Biden had a good year in 2022; however, he will face a new reality next month when Republicans take over the House majority.

President Biden turned in the best mid-term performance of any president since John F. Kennedy. (except for George W Bush after the 9/11 attack)

Here are some of President Biden's Accomplishments
-Inflation Reduction Act
-Bipartisan Infrastructure bill
-American Rescue Plan
-Respect for Marriage Act
-Chips and Science Act
-Bipartisan Safer Communities act
-Tackling inflation and lowering costs, especially gas prices, have been down by 1.35/gallon since June, and inflation is moderating.
President Biden is overseeing a historic manufacturing boom in the United States – with more than 750,000 manufacturing jobs having been created since he took office.

He had solid results in Foreign Policy
-He sends B-52 to Australia to counter China.
-He launched a full-court press against China's domestic semiconductor industry. He signed the most bipartisan gun legislation in decades.
-He secured the extradition of the terrorist charged with the bombing of Pan AM flight 103, which killed 193 Americans.
-He kept Irans IRGC on the U.S. list of foreign terror organizations
-He won support from Finland and Sweden to join NATO
-He declared the U.S. would defend Taiwan
-He killed Al Qaeda Leader Al Zawarihi
-He provided Full Support to Ukraine.

President Biden's meeting with Ukrainian President Zelensky was a huge success. President Biden gave a security guarantee to Zelensky to come to Washington, DC; having Zelensky at the White House for over three hours and organizing a joint conference was a solid message to Putin.

More in this category: « Taiwan Will Be the Main Agenda at the Biden–Xi Meeting Nearly 1K New York City vehicles becoming all-electric! »