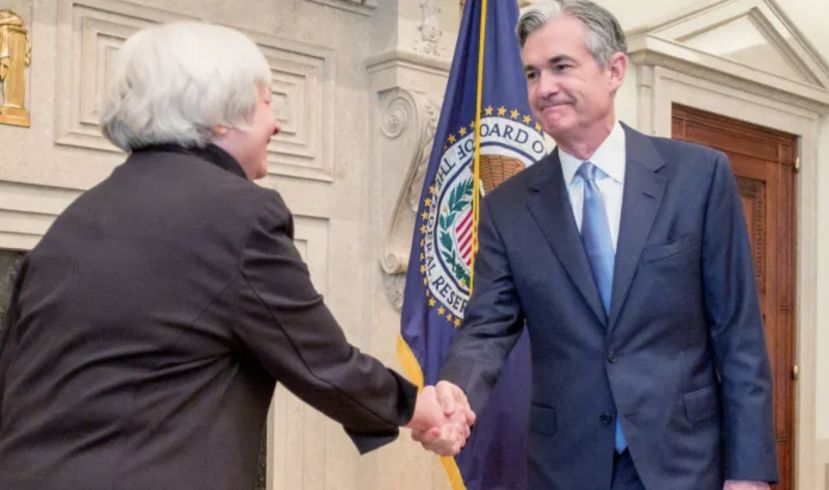 With inflation rising to 8.6% and 6 million Americans unemployed, the debate about a possible economic recession has begun in the United States of America. Democrat members of Congress voiced support for the decision of the Fed to hike interest rates by 75 base points, whereas the Republicans said that the Fed should have hiked rates sooner.

Fed chair Jerome Powell said inflation data would be the decisive factor in determining the percentage of further rate hikes in the coming policy meetings. President Biden announced that his first economic priority was to "combat inflation." Secretary of the Treasury Yellen acknowledged the possibility of recession.

The Biden administration reiterated that inflation has been increasing globally due to the pandemic, Russia's invasion of Ukraine, and global supply chain problems. The Fed had to revise its growth, unemployment, and inflation forecasts.

Powell Will Testify Before Congress

Fed Chair Powell will testify in the open session of the House of Representatives and the Senate's twice-a-year monetary policy session on June 22–23.

President Biden will head over to Germany for the G7 summit on June 25, while Secretary of Energy Jennifer Granholm is expected to meet with the executives of seven oil companies this week.

In an interview given to the Associated Press, Presiden Biden acknowledged that public morale is low because of the pandemic, the current economic situation, and the increasing gas prices that strain the wallets. However, he emphasized that a recession is not inevitable and was optimistic about the country's future. Biden also underlined, "If you want a direct barometer of what people are going to talk about at the kitchen table and the dining room table and whether things are going well, it's the cost of food and the cost of gasoline. At the pump."

Washington Post: A recession may be looming. Here's what to do.

CNBC: The recession will hit in the first half of 2023 and the Dow is headed lower: CNBC CFO survey

More in this category: « Future of Cryptocurrency MicroStrategy CEO Saylor: Of the tokens, 99% will fail, excluding Bitcoin. »