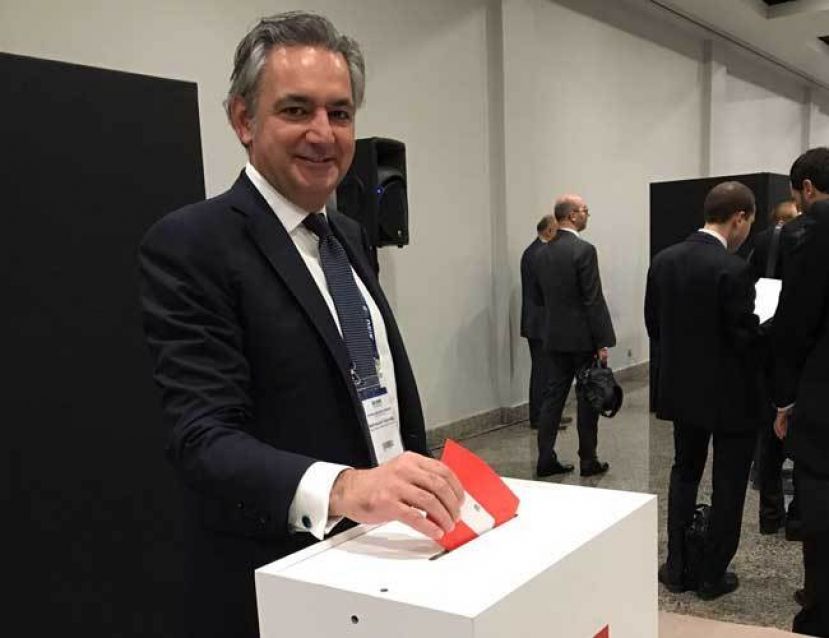 TAİK members wanted Yalçındağ as the new council president due to his close ties with United States President Donald Trump and his rich knowledge of doing business with the country, according to previous reports.

TAİK members believed that bilateral relations between Turkey and the U.S. would see a period of revival with Yalçındağ’s presidency, the reports also added.

TAİK was established in 1985 in a bid to give a boost to bilateral trade and investment relations between the two countries.

Yalçındağ has held various management positions at Doğan Group since 1990. He has merged the group’s media companies under Doğan Yayın Holding (DYH-Doğan Publications and Broadcasting Holding) and assumed the office of vice-president in 1996.

He was later appointed as president of the executive committee of DYH in 1999.

Yalçındağ resigned from his position as the coordinator of Doğan Media in September 2016. Since then, he has made a number of investments in technology under the umbrella of the MAY Cyber Technology Group.

Besides his position as a media manager at the World Economic Forum, Yalçındağ is chairman of the International Advertising Association Turkey and the Turkish Advertising Council. He is also a member of the Turkish Industry and Business Association (TÜSİAD) and the Foundation for Technological Education and Training (TEGEV).

More in this category: « Winter Is Coming, IRUSA Needs Your Help “Together Towards Tomorrow: Empowering Business Through Partnerships” »