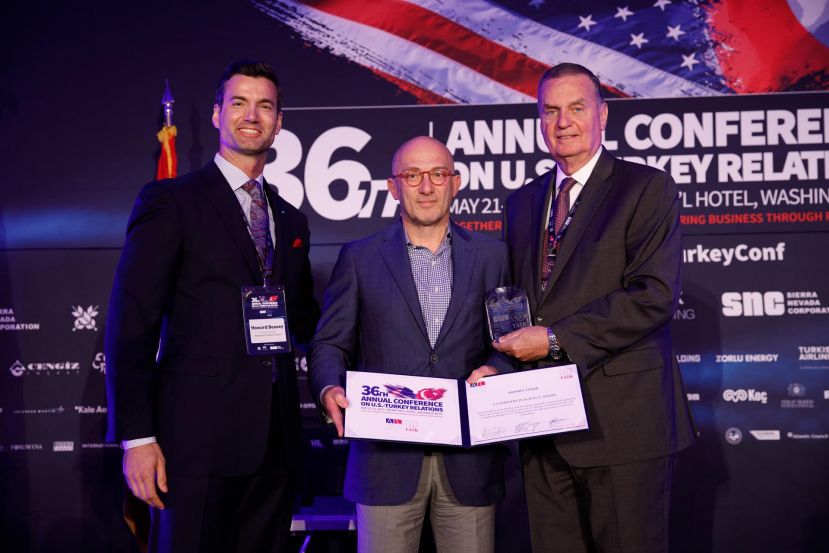 As a receipient of significant sponsorship of Turkey’s TAİK and DEİK, ATC passed its first test successfully. However, its 36th conference held between the dates of May 21 and 23 this year fell behind last year’s conference in terms of participation and content.

While it had previously hosted in its conferences high profile names such as the Former Secretary of State Condoleezza Rice, Former Vice President Joe Biden, and Colin Powell, ATC had to be contended with participation of only GOP’s former member of Congress, Newt Gingrinch, who ran a campaign for presidential nomination in his party in 2011. At this year’s conference, the highest level of representation from America’s business world was head of US Chamber of Commerce, Thomas J. Donohue Sr. and CEO and chair of executive board of The Dow Chemical Company, Andrew N. Liveris. The Turkish side, which also used to send delegation consisting of ministers and deputy prime ministers, had undersecretaries as its high level officials joining the conference.

One of the main reasons of the participation level being lower than desired was due to the brawl that took place in front of the embassy building of Turkey in Washington, DC during visit of Turkey’s President Recep Tayyip Erdoğan to White house only a week before the ATC Conference.

At that time, the incident was widely given place in American media widely and leading names in the Congress delivered statements against Turkey. Moreover, having been carried out by it, Republican Senator John McCain had even argued that the ambassador of Turkey to the USA had to be deported. This was the first disappointment for Turkey that had rose its expectations from the USA, with regards to the issue of arming of Kurds in Syria and the extradition process for Fethullah Gülen Donald Trump won presidency, after Donald Trump won presidency.
Similar disappointments were faced also in the preparation phase of the ATC conference. Public figures who had previously expressed their plan to attend the conference cancelled their participation.

For the past two years, Beasey and his team have managed to take the ATC conferences to a point where it is not merely a meeting point for only Turkish and American firms from weaponry and defense sectors. The team has been successful in drawing representatives from various sectors ranging from cyber security to e-commerce and ship manufacturing. If this year’s conference had been held just a week earlier, we would have been writing something completely different.

Managing to have people from not only Washington, DC and the surrounding states but also from further states of the USA participate in the organization, ATC has also, in a way, created a platform for Turkish entrepreneurs who have been successful in the business world.

By giving awards to names praised by Turks living in the USA during its last two conferences, ATC has also set an example. The ‘Mustafa Koç Leadership and Cultural Award’, which was granted, for the first time, to the founder of Comodo, Melih Abdulhayaloğlu, was this year given to founder of Samumed firm Osman Kibar, who was also introduced at the cover of Forbes with the medicine he founded to treat aging and hair loss. Known for his works at Harvard University, Prof. Mehmet Toner was also selected as the recipient of a special award. Can Ulkay, producer of the movie Ayla that provides a different perspective on Turkey-Korea friendship, also received an award.

The participant of the ATC Conference that got the most attention by members of American media was without a doubt the head of TAİK, Ekim Alptekin. Instead of focusing on the topics covered by over 50 speakers, the journalists who came to the two days long conference rather wanted to hear a few statements from Alptekin against Flynn.

More in this category: « Turkish-American Business Council Elects New President Give a Gift to Needy One »