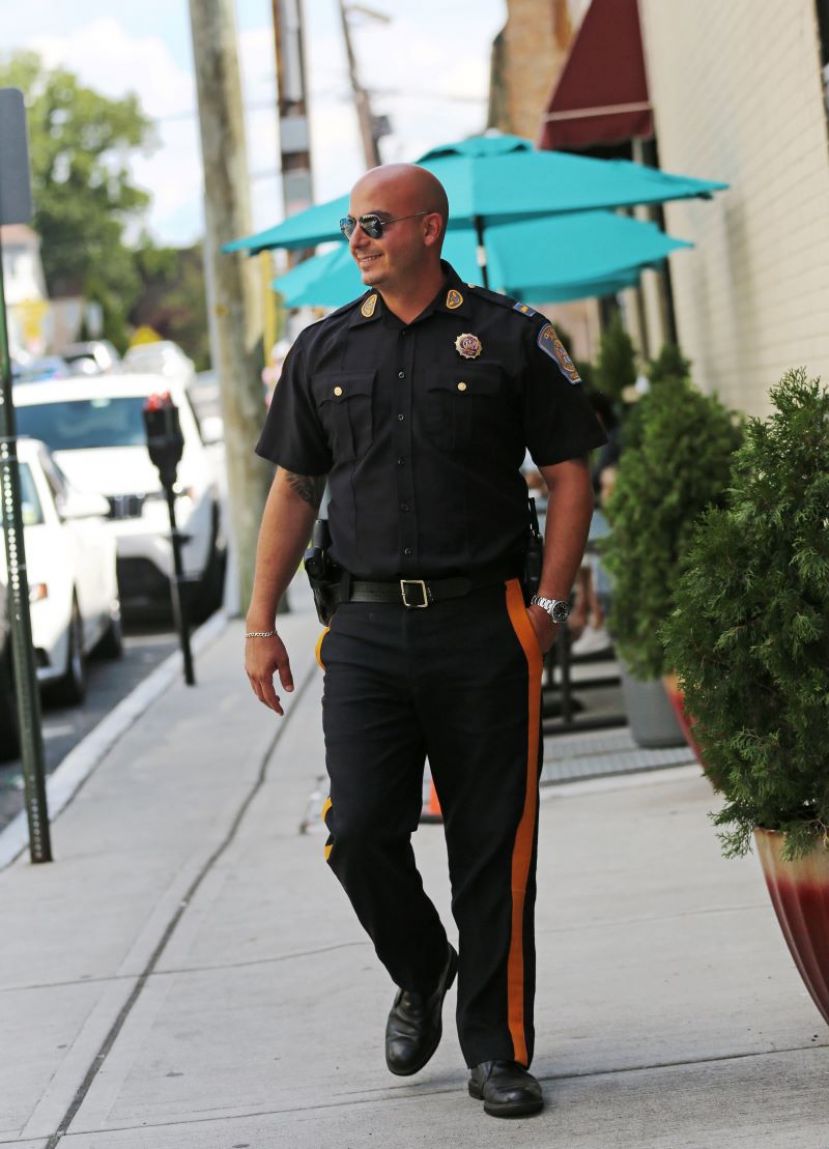 Lieutenant Yakup Zoklu, has been working for Cliffside Park Police Department since 2003. He was born in İstanbul and came to the U.S. when he was 7 years old. He is the first Syriac Turkish police officer in New Jersey. He got his bachelor's degree in criminal justice from Saint Peter’s University, Jersey City, NJ and had a master’s degree from Fairleigh Dickinson University. He taught at both schools as adjunct professors when he went to Fairleigh Dickinson for his masters. He had Public Safety Administration certification, global leadership, human resource, and administrative science. Lieutenant Zoklu answered our questions.

Yakup, would you tell us about yourself?
My father is from Diyarbakır, my mother is from Mardin. I was born in İstanbul in 1985. So, we came to the United States in 1992 when I was seven years old. We had my mom's cousin and my aunt. My aunt lives in Oradell and then my mom's cousin lived in Cliffside Park, so we like Cliffside Park better because it was closer to New York where my dad worked at his jewelry repair. So, it was easier for him to take the bus to New York. My father used to work in the Grand Bazaar (Kapalıçarşı) when he was in Türkiye.
I started and finished first grade in Göztepe, İstanbul. I started 2nd grade and then we came here in November 1992.

Did you have any difficulties when you went to school because of the language barrier at the beginning?
Yes, I have but I came to 2nd grade here #3 school in Cliffside Park. My best friend - still today -taught me English. His name is Ertunç, he is a music teacher in Cliffside Park. So, he taught me English in second grade. His mother and his father used to work in the restaurant business. In 3rd grade they went back to Türkiye. They came back in 5th grade and then I had to teach him English. 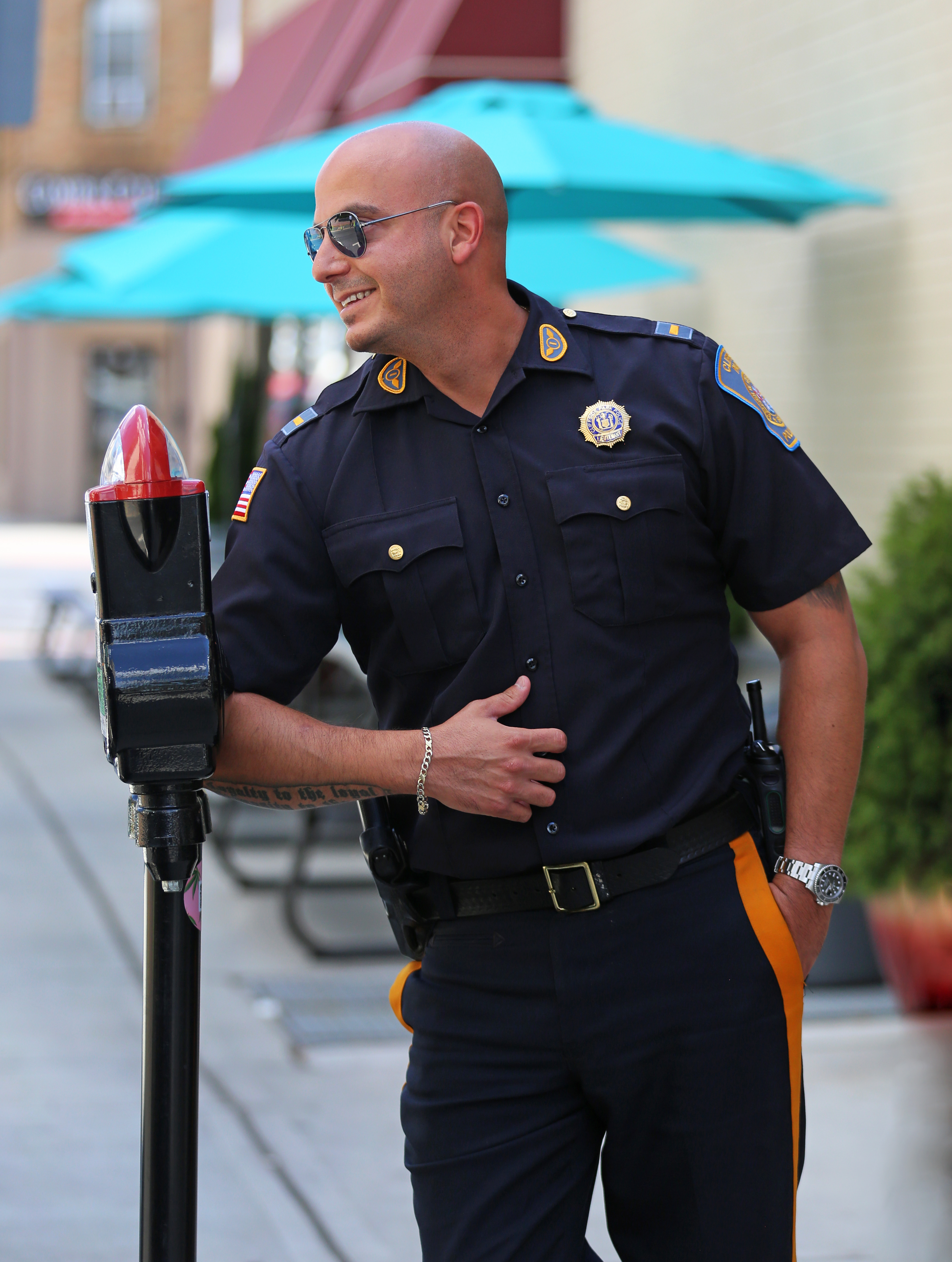 When did you visit Türkiye after moving the U.S.?
After we came here, we went every summer. I got baptized in Mardin.

Is there anyone in family working as law enforcement?
I am the first Syriac become a police officer in Cliffside Park. Now we have Turkish, Syrian, Armenian specials, dispatcher, and police officers.

How big is the Police Department in Cliffside Park?
The population of the town is about 24,000 to 30,000. It is one mile square. It is big. We have about 50 members. When you compare the other towns, it is a decent size, but we have a lot more call volume.

What is your daily routine?
I am a lieutenant. So, my daily activities include that I am in charge of the Traffic Bureau and I'm also in charge as a patrol. It's called a tour commander. So, I would come in, I would go to the front desk, get the book, see who is off, who is working. They are all assigned to their sectors, which cars they have and then I will go from there if they have a call, they will ask for a Lieutenant or Sergeant office. They would call me, and they would ask about decision making. Traffic Bureau consists of everything that you see on the roads. We're in charge of that whole operation. We are in charge of police vehicles. The Traffic Bureau we are in charge of anything that must that does not have to do with patrol traffic.

How many officers are on duty all the time in Cliffside Park?
We have a lot. So today for example we have a Sergeant on the desk. We have 5 police cars on the road that are marked units. They're our first responders. So, if you call 911, you are going to get one of these five guys unless it's really serious. Then you have 10 officers working behind the scenes, so you have 3 detectives. If the detectives are in the area, the detective will jump on the call, but when all if I am in the area and I want to go to a call. I will be responding as well.

How is the safety issue? Is it a safe neighborhood?
It is a safe town. Where if you call a police officer, we are going to be there within 30 seconds because we have a lot of officers working. And it is one mile square. So, they are all in the same area. Plus, the extra officers that we work with. We have two shifts, so we work 12-hour shifts. 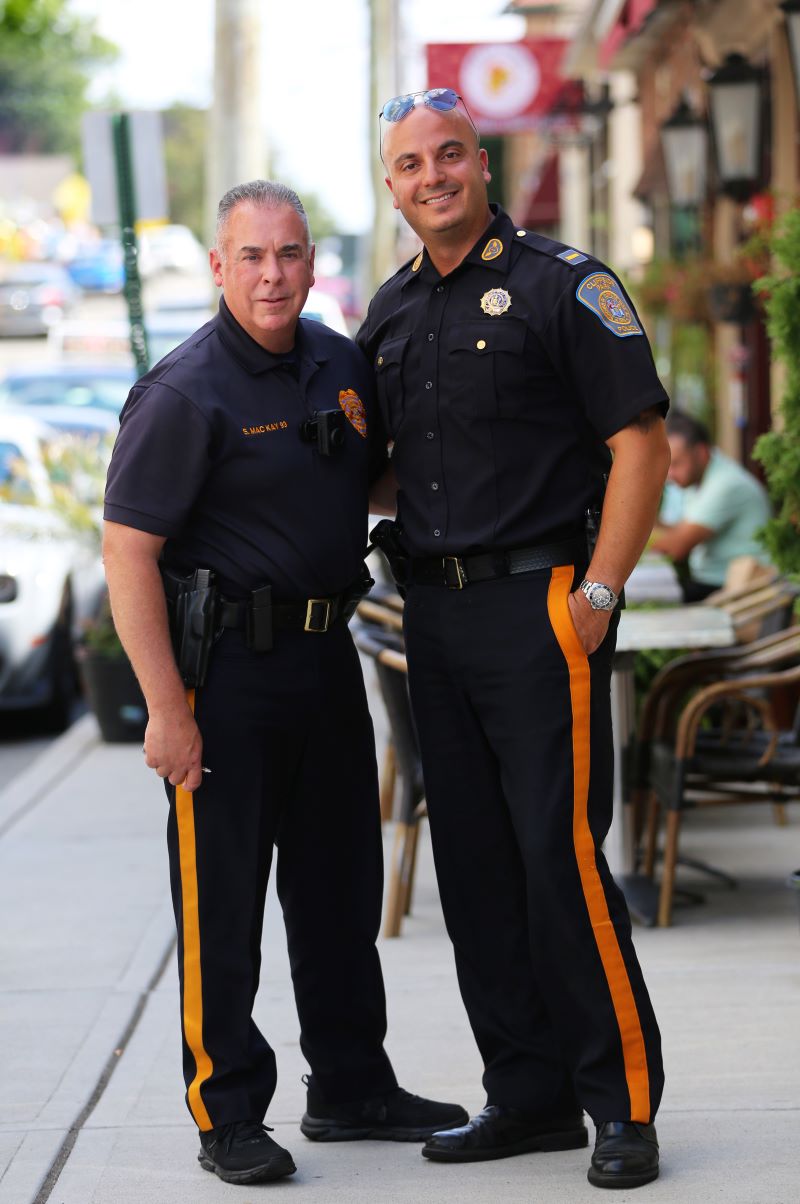 Some crazy people go to school and shooting. What specific things do you do as a Police Department?
We have a lot of training for it. We do active shooter training so all of us. Not only do we wear a vest, but we also have long rifles in the cars. We have two officers in each school. That are stationed there for school hours every day. You have two officers whom they are called class three officers. So, they are retired police officers that work after retirement. They are stationed in schools.  Most things about crime are how crime prevention works is about presence. Police presence deters crimes.

Do you have specific classes or courses during the time?
There is mandatory training that you must do in the weather to shoot a gun; we must qualify every six months and New Jersey just passed the law. Every three years you must reapply for a license like a driver's license and then they give you those requirements.

How is the auto control system? Who controls the police officer beside your Lieutenant or captain or chief?
The Bergen County Prosecutor's office overseas all the police departments. They report to the Attorney General's Office, which is the state that watches all the county prosecutor's office.

Is there any limit for each police officer must write ticket in every month?
No, no quote.

Why should people go to court even for small traffic fines? It is a very time-consuming thing.
Most of the tickets you do not have to go to court unless it is a serious fine like suspended driver's license, DWI but what we have in New Jersey, you get to speak to the prosecutor which is the highest office law enforcement officer in Cliffside Park. So, you go to the prosecutor. They could do a plea bargain with you. That is why people like to go to court because they usually get a plea bargain that is better than what the state tells them.

How long do you have to wait to get another rank, is there any specific time limit?
There's no time limit. I was a traffic police officer for six years. Then I was a patrolman for another six years. I was a Sergeant for three years. And now I am a Lieutenant. It is my third year. I have been working for Cliffside Park Police Department since 2003. I have six years left to get retired.

More in this category: « Heart-warming & Inspirational Story of Esendemir Sisters