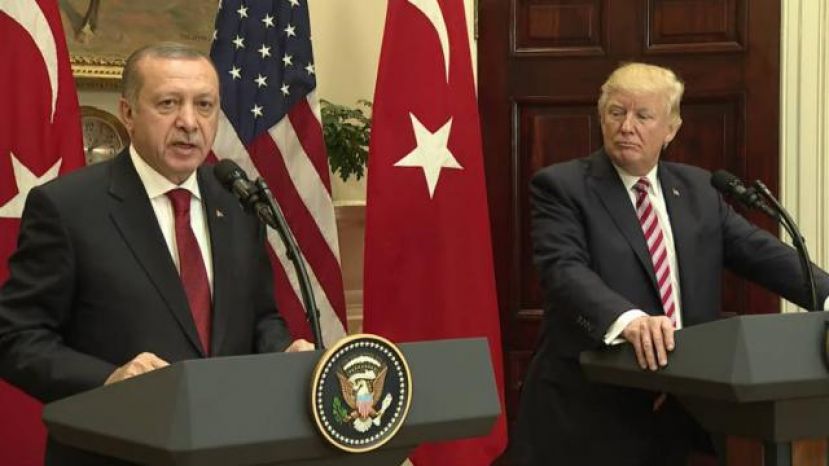 The two leaders' relationship has turned tense in recent months.

The Turkish president publicly lashed out at Trump's decision in May to arm Syrian Kurds in the fight against the Islamic State in Iraq and Syria (ISIS).

“We want to believe that our allies would prefer [to] be side by side with ourselves rather than with the terror groups,” he said at the time.

The Turkish leader's visit to Washington in May also stoked controversy when Erdoğan's body guards were seen roughing up protesters outside of the Turkish ambassador's residence.

Various U.S. lawmakers in turn proposed withholding military equipment and visas from Turkey, which is a NATO ally.

A grand jury in late August indicted 19 defendants, including 15 Turkish security officials, over charges stemming from the violent attack on protesters.

House Foreign Affairs Chairman Ed Royce (R-Calif.) and ranking member Eliot Engel (D-N.Y.) urged Secretary of State Rex Tillerson in a letter on Friday to warn the Turkish leader against allowing any violence when he touches down in New York City next week for a U.N. General Assembly meeting. (By Julia Manchester - The Hill)

More in this category: « Lauren Arikan Running for Maryland House of Delegates Women on Boards: A Call to Action with Coca-Cola’s Muhtar Kent »