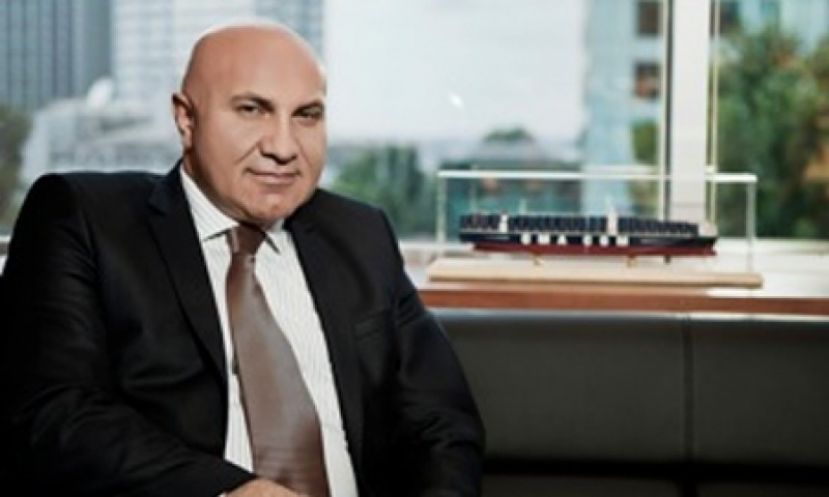 Mr. Yildirim said the company has the cash and access to financing to complete an agreement likely to be worth between $1.6 billion and $2 billion, and won’t need to unload assets that include a minority stake in French container shipping giant CMA CGM SA to raise proceeds.

“I am very happy with the investment in CMA CGM, which is one of the healthiest companies in the shipping industry,” Mr. Yildirim said.

JPMorgan Chase & Co. is running the sale process, which is expected to be completed next month. People with direct knowledge of the matter said other bidders on the shortlist for the terminal stake are Australia’s Macquarie Group , Sweden-based multinational private-equity group EQT Infrastructure and U.S. fund Stonepeak Infrastructure Partners.

The Turkish company is the only active port operator competing against the investment funds.

The bid was a surprise as it came from Yilport, a subsidiary of Yildirim Holding, a relatively small port operator that has been unsuccessful in previous efforts to expand its U.S. holdings beyond its interest in a small port in Mississippi.

“Long Beach is one of the best terminals in the world,” Mr. Yildirim said. “It’s fully automated and I never thought it would be sold. It’s an excellent opportunity that came to the market.”

He said the financing for LBCT includes around 70% from bank loans and “the remaining 25% to 30%” from his own business.

LBCT is owned by Hong Kong-based container shipping line Orient Overseas International Ltd. , which was bought in 2018 by China’s Cosco Shipping Holdings Co. for $6.3 billion. Cosco agreed to sell LBCT to allay the concerns of the U.S. national security authorities over a Chinese state entity running a major U.S. gateway.

The sale is likely to be reviewed by the Committee on Foreign Investment in the United States, a Treasury Department-led body that examines potential foreign investments in the U.S. Mr. Yildirim said the Long Beach Port Authority was also vetting the bids.

“Cfius is a concern because we are not an American company,” Mr. Yildirim said. “Two weeks ago, we met Cfius in Washington. We told them we want to come to the U.S. because we see a lot of economic value, especially in ports.”

The LBCT sale comes as trade disputes between the U.S. and China have triggered volatile swings in trans-Pacific shipping volumes. The Port of Long Beach reported double-digit declines in import and export loaded container volumes in February after several months of strong growth as shippers rushed to move goods ahead of new tariffs.

Mr. Yildirim said he wasn’t concerned about the recent trade patterns. “Trade wars have a negative effect from time to time, but they don’t last forever and don’t affect ports for long. I’m not worried,” he said.

It also comes at a time of increased tension between the U.S. and Turkey over Ankara’s planned purchase of a Russian defense missile system and its military operations against Kurdish-led militias in Syria, which Turkey says are part of the PKK terrorist group.

Adding the Long Beach port would give the Turkish company big interests in both a major container line and a significant gateway for Asia-U. S. trade, bolstering Mr. Yildrim’s efforts to set up the business to compete more directly with the world’s biggest marine port operators.

Yilport is the world’s 12th largest terminal operator based on shipping volumes, with facilities in Turkey, Portugal, Sweden, Malta, Peru and Ecuador that handle a combined 10 million containers a year. Mr. Yidirim has been trying to expand to the U.S., and sought to buy control of Ports America, the country’s largest marine terminal operator, from owner Oaktree Capital in 2016 but couldn't reach an agreement.

Yilport has signed a memorandum of understanding to develop and run facilities at Gulfport, Miss., but Long Beach is a much bigger undertaking.

LBCT is a main terminal at Long Beach, the second-busiest container port in the U.S. behind the neighboring Port of Los Angeles. It handles a fourth of the port’s eight million containers a year with a target of 3.3 million boxes by 2021.

The successful bidder will get a concession that runs until 2051. Mr. Yildirim, who studied mechanical engineering in the U.S., was a crane engineer for five years at U.S. West Coast ports, including Long Beach. “I know the port and I know the cranes,” he said. “LBCT has the latest infrastructure that can last 30 to 40 years. It’s a golden investment opportunity,” he said.

More in this category: « Turkish Tech Entrepreneur Makes '30 under 30' list Turkish Scientist Ali Erdemir Is Elected A Member of The National Academy of Engineering »