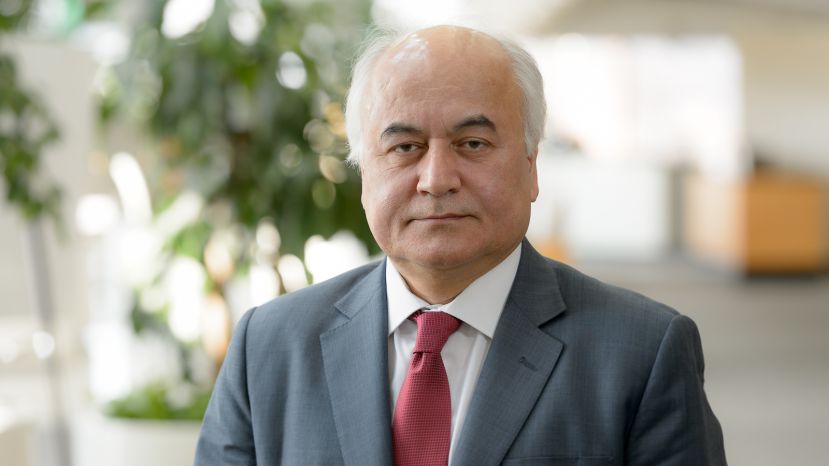 “This honor reflects the power of the national laboratories. Argonne is full of dedicated scientists and engineers whose consistent and pioneering research has long been advancing the frontiers of science and making a positive impact on our society.”  Ali Erdemir says.

“I feel honored to be recognized alongside such innovative and accomplished engineers from industry, academia and the government,” said Erdemir. ​“This honor reflects the power of the national laboratories. Argonne is full of dedicated scientists and engineers whose consistent and pioneering research has long been advancing the frontiers of science and making a positive impact on our society.”

Erdemir has authored or co-authored more than 300 papers. In collaboration with the national laboratories, academia and industry, his research is improving technology for fields including manufacturing and transportation. He is the President of the International Tribology Council and was 2016-2017 President of the Society of Tribologists and Lubrication Engineers.

The NAE, a part of the National Academies of Sciences, Engineering and Medicine, cultivates a strong community of engineers who provide engineering leadership and insight to the nation. The organization elected the new members on Feb. 7, and the induction ceremony for the NAE Class of 2019 will take place on Oct. 6, during the NAE Annual Meeting in Washington, DC.

Argonne National Laboratory seeks solutions to pressing national problems in science and technology. The nation’s first national laboratory, Argonne conducts leading-edge basic and applied scientific research in virtually every scientific discipline. Argonne researchers work closely with researchers from hundreds of companies, universities, and federal, state and municipal agencies to help them solve their specific problems, advance America’s scientific leadership and prepare the nation for a better future. With employees from more than 60 nations, Argonne is managed by UChicago Argonne, LLC for the U.S. Department of Energy’s Office of Science.

The U.S. Department of Energy’s Office of Science is the single largest supporter of basic research in the physical sciences in the United States and is working to address some of the most pressing challenges of our time. For more information, visit the Office of Science website.