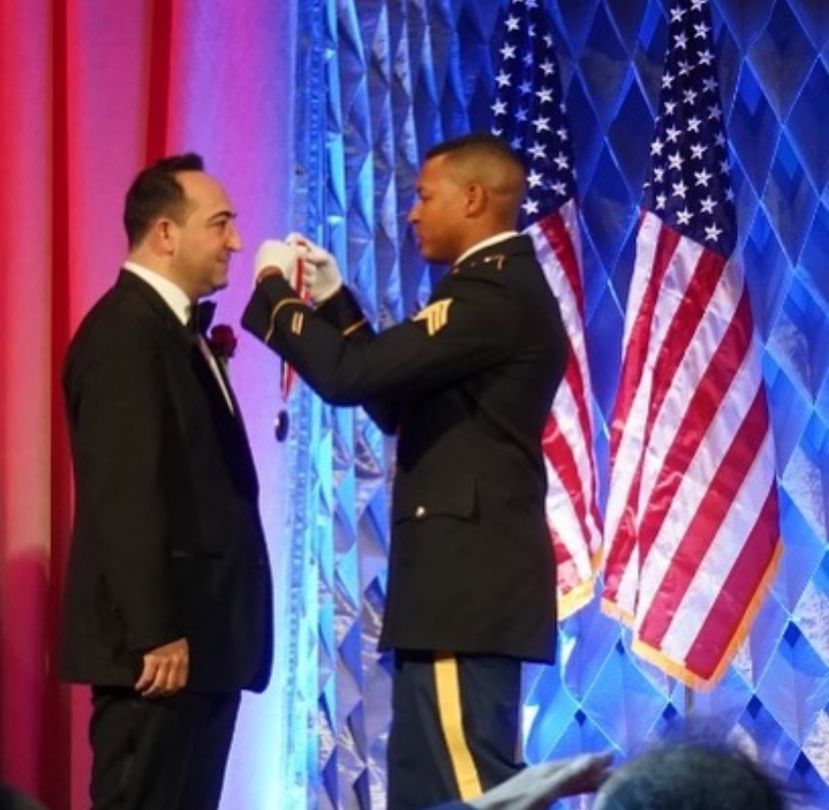 Ali Cinar receives the medal on the award ceremony.

May 12, 2019, NEW YORK, NY – Yesterday evening, the Ellis Island Honors Society (EIHS) hosted the 34th annual Ellis Island Medals of Honor Ceremony on Ellis Island, where ninety-four medalists were recognized for their leadership and service within their communities and professions while exemplifying the values of the American way of life. Three Turkish Americans got awarded as well. Muhtar Kent, Chairman of the Board of Directors of The Coca-Cola Company, Ali Cinar, President of Turkish Heritage Organization and Sinan Kanatsız, CEO of KCOMM. 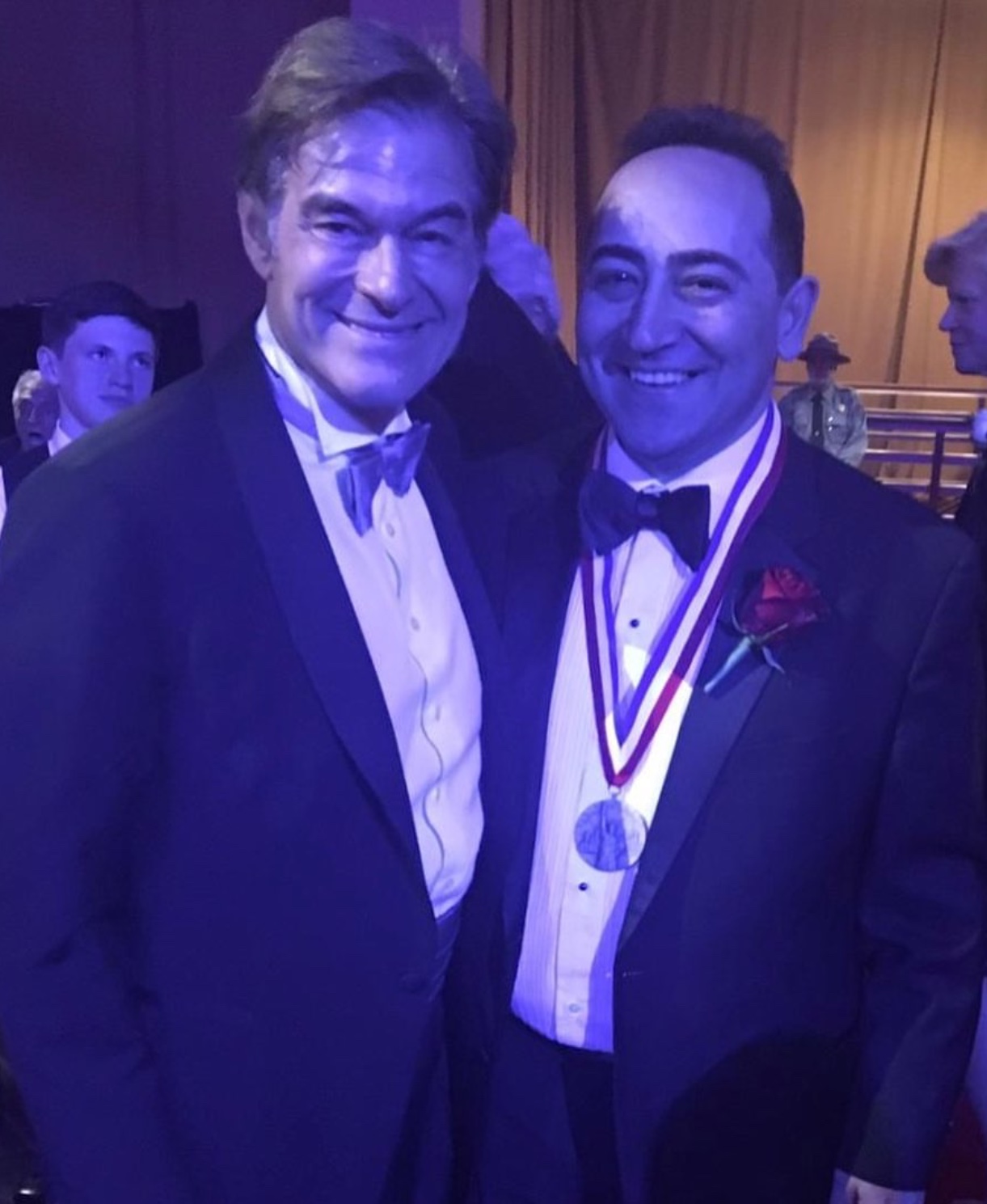 The night began with a poignant introduction by EIHS Chairman Nasser Kazeminy and the Masters of Ceremony, journalists Marvin Scott and Tamsen Fadal.

“Tonight, we celebrate an extraordinary group of Americans. They are educators, healers, scientists, artists, thinkers and leaders of industry - all of whom are free to follow their passions and dreams to benefit America and the world," said Nasser Kazeminy, Chairman of the Ellis Island Honors Society. “Medalists, you represent the best of America, both its glorious past and its bright future. America needs your innovation, leadership and vision. 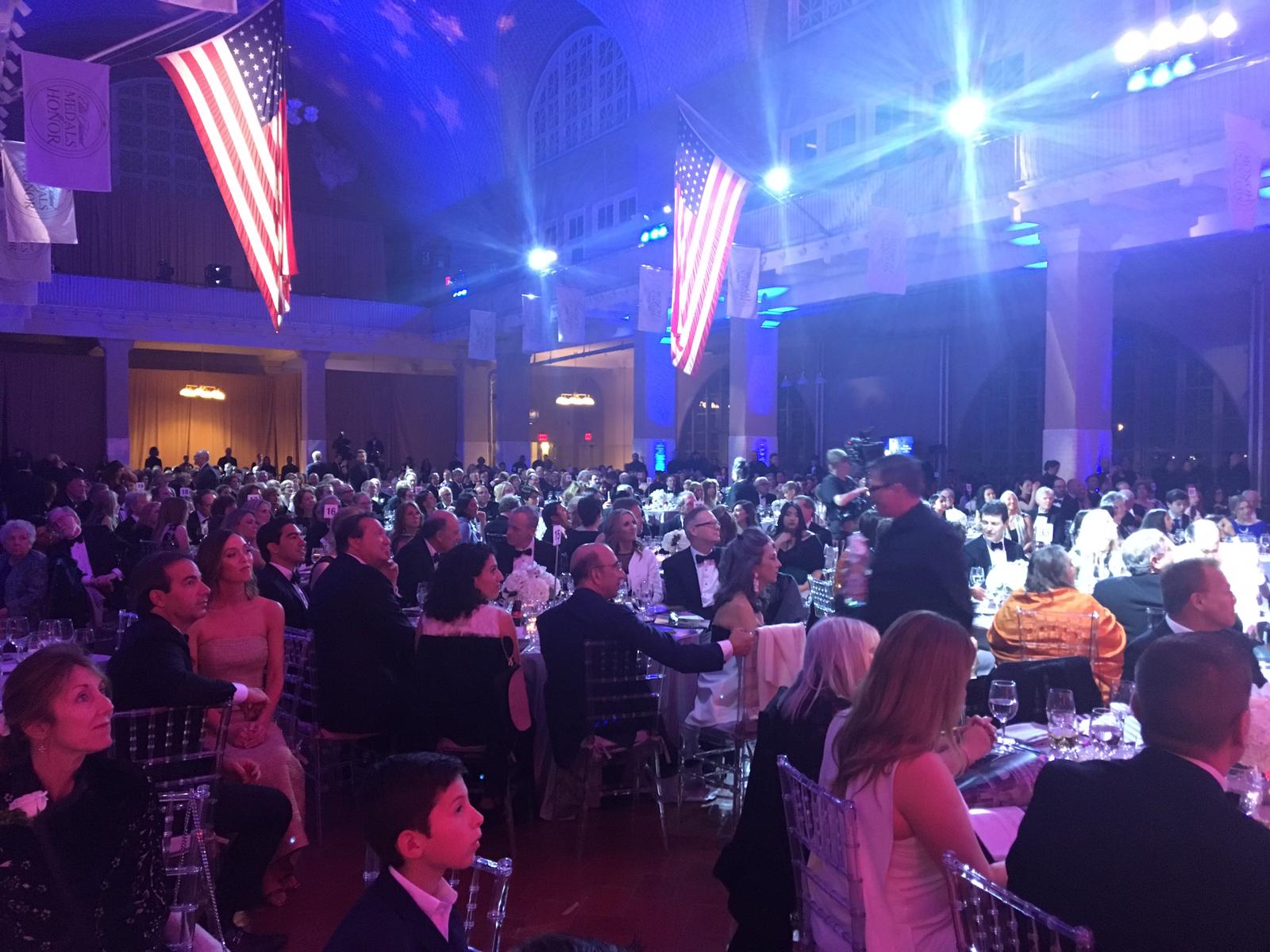 “You can still feel the joys and sorrows of these American heroes in these hallowed halls. Who among us does not feel a sense of compassion when we think of their struggle? How can we not admire their perseverance? We must never lose that empathy. That compassionate spirit is the cornerstone of democracy and humanity.”

Eric Schmidt, the former CEO of Google, opened the evening of honoree speeches by stating, “Openness to immigration drives everything.” Going back to his Silicon Valley roots, he pointed out that “more than half the people in Silicon Valley are foreigners…if you are open to people coming from different places, you’re bringing in the biggest and brightest.”

As the night progressed, honorees reflected on what it means to them to live the American dream and the journeys of their families to start a life in America. 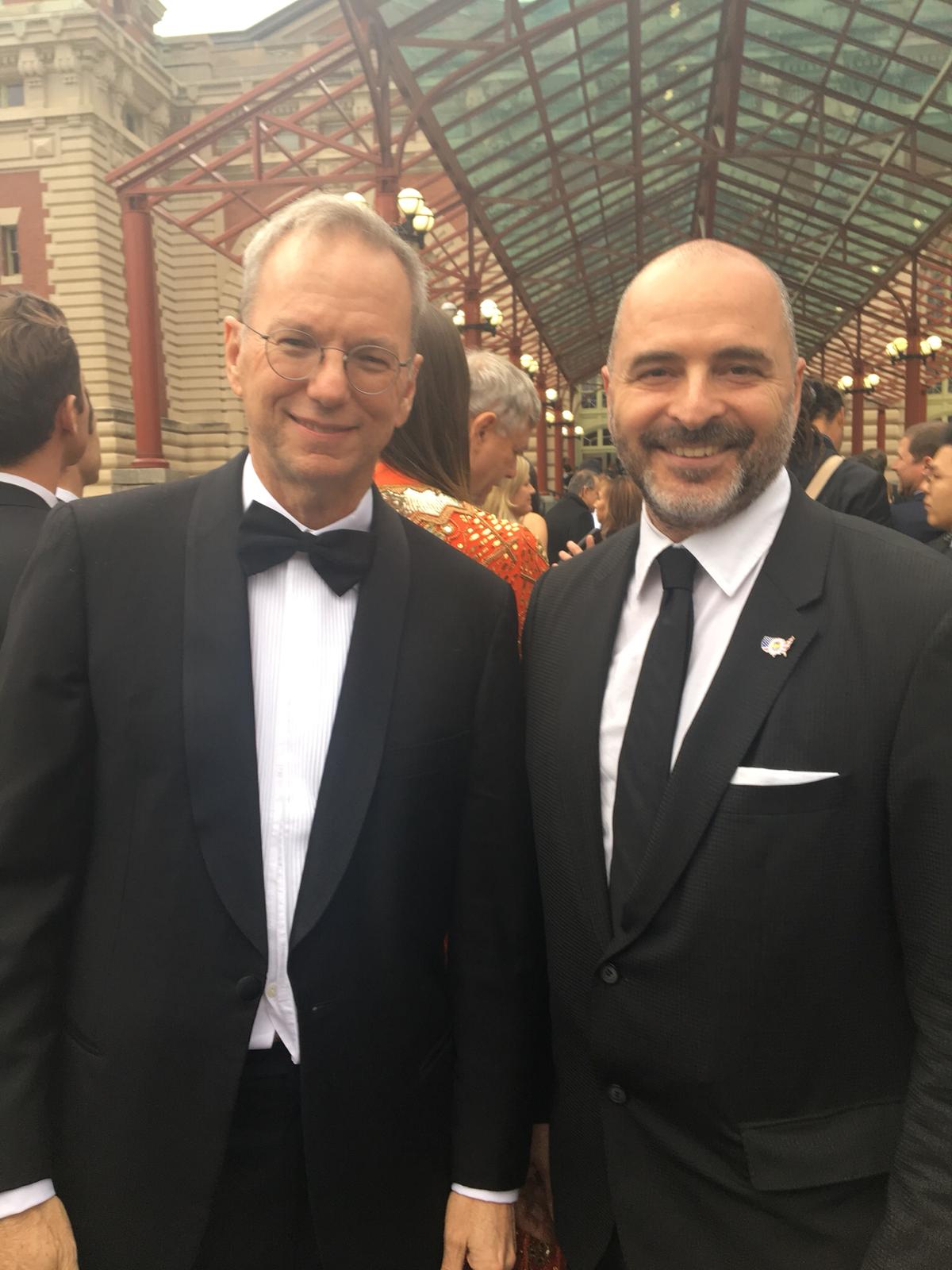 Recording artist Paula Abdul defined her American dream as having the ability to inspire people with her artistry.

Dr. Sanjay Gupta reflected on the fact that his parents are the reason for him being able to live his American dream. “Fleeing from Lahore as a refugee, my mother spent the rest of her life feeling as if at any moment her life in America would be taken away,” he said. “But she didn’t let this stop her from becoming the first woman automotive engineer in the United States, which pushed me to become who I am today.”

IBM CEO Ginny Rometty paid homage to female figures in her family that paved the way for her to live her American dream. “My great grandmother, grandmother, and mother were three strong women who taught me only you define who you are, no one else.”

To close the evening, U.S. Representative Adam Schiff reminded us that the day we cease to welcome the world to the shores of America is the day that we cease to be a beacon of hope and lose what it means to be American.

The 34th Ellis Island Medals of Honor black-tie gala was held in Ellis Island’s Great Hall, the original registry room and the gateway for 12 million immigrants to the U.S, where medalists received and celebrated their awards in front of an iconic view of the Statue of Liberty and the Manhattan skyline.

The Ellis Island Medal of Honor ranks among the nation’s most renowned awards. The U.S. Senate and House of Representatives have officially recognized the Ellis Island Medals of Honor, and each year the recipients are listed in the Congressional Record. 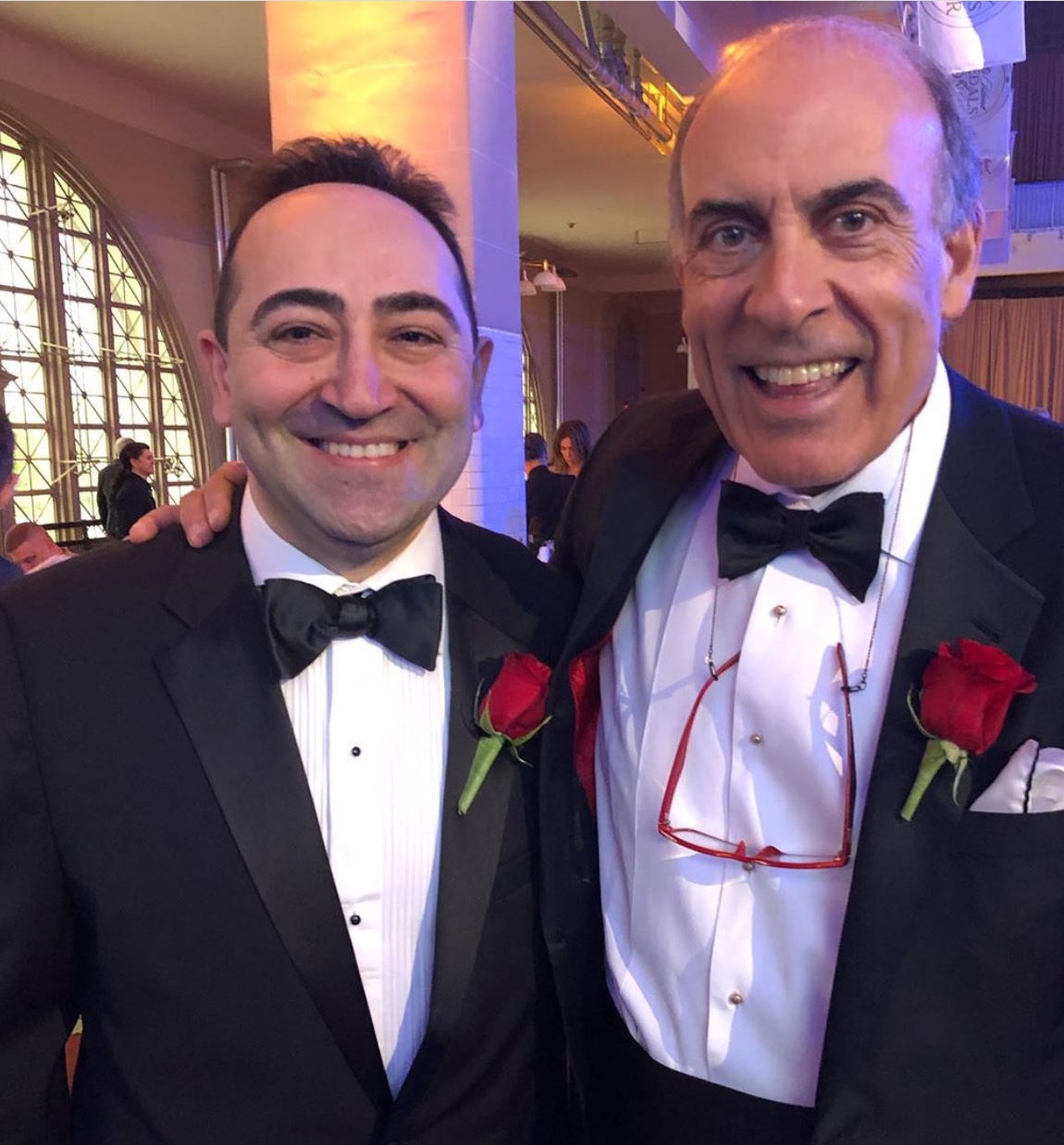 To see the full list of 2019 recipients, please visit: http://eihonors.org/

About Ellis Island Honors Society
The Ellis Island Honors Society (EIHS) was founded in 1986 at the behest of President Ronald Reagan with the goal of commemorating the significant role immigration and the immigrant spirit has played in the founding and growth of America. EIHS supports several national educational programs for young people of all ethnic backgrounds. In addition, EIHS organizes and supports programs that celebrate the contributions of immigrants and their progeny make to America. Every year, EIHS recognizes dedicated members in our community with the Ellis Island Medals of Honor, which embody the spirit of America in their celebration of patriotism, tolerance, brotherhood and diversity. They are presented each year on historic Ellis Island to a select group of individuals whose accomplishments in their field and inspired service to our nation are worthy of commendation. 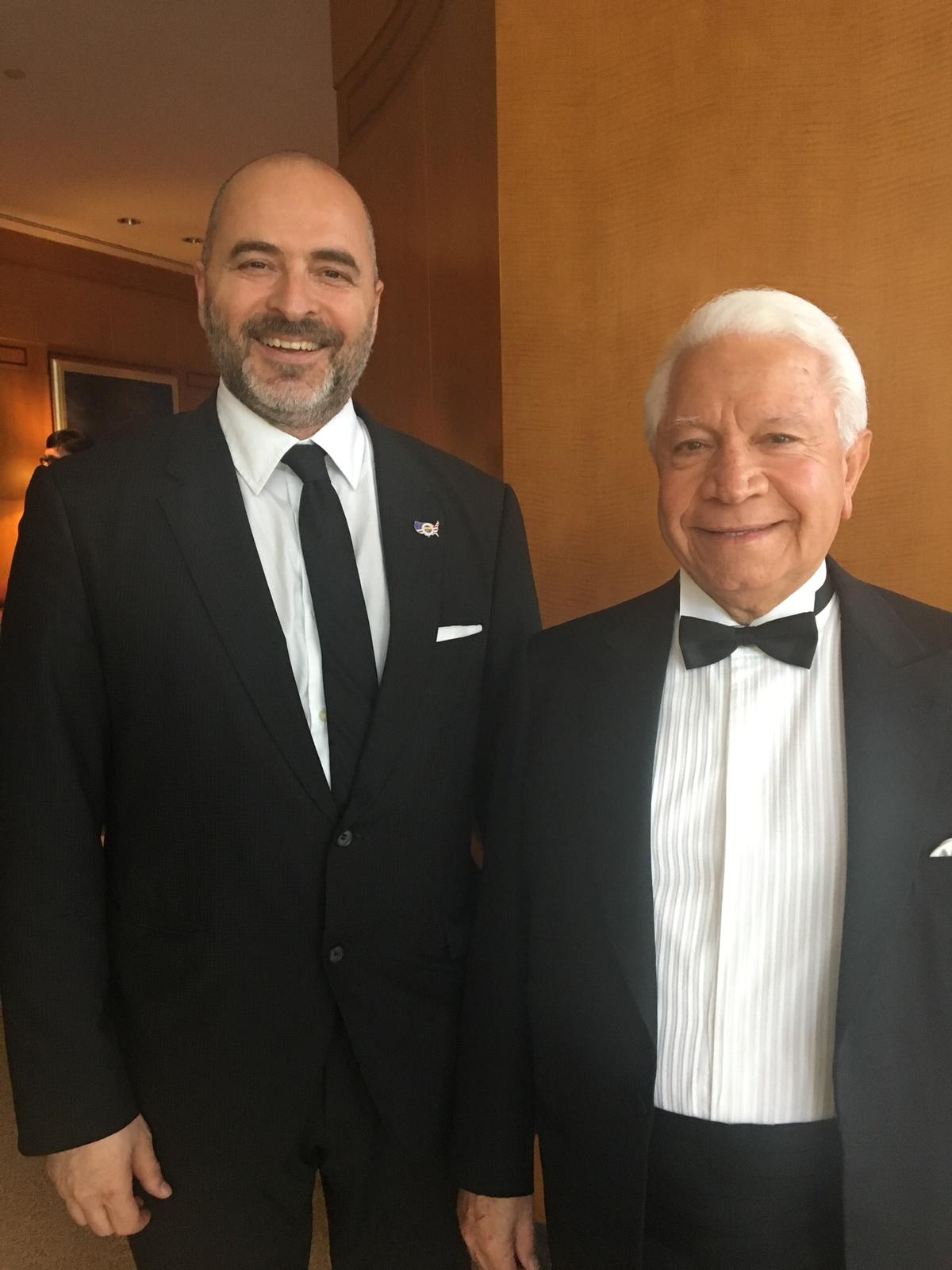 More in this category: « Turkish Scientist Ali Erdemir Is Elected A Member of The National Academy of Engineering Jim Sparks, The Largest North American Representative of Turkish Borates »