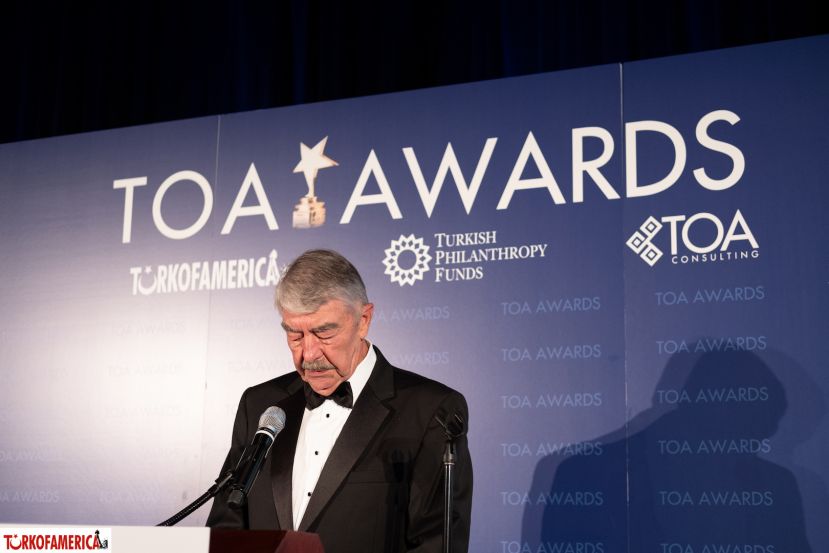 How did you meet Turks at first? And whom was the person who convinced you invest in Turkey?
My first meeting was through our Agent/Representatives---Hasan.  That meeting took place in 1982.  It was my introduction to key personnel at what was then called EtiBank. My first investment in Turkey did not come about until the late ‘90’s. Selim Akdoğan and I became partners in UNSA America.  My latest investment in Turkey in 2015 was with Selim again.  The company is Atlas Dunnage.

When did you travel Turkey first time? What was your expectation? How many times have you traveled to Turkey so far?
My first trip to Turkey was in May of 1983.  Was very apprehensive but intrigued.  First impression coming off the plane in Istanbul and walking through soldiers with guns until we got into the Terminal, then as we traveled to the hotel seeing them lining the highways as well was very disturbing.  I have made approximately 150 trips to Turkey since ’83.

Having a business tie with Turkey over 40 years, how do you see Turkey’s business climate when you compare with 1980s.
Current business climate is very different from the early days but in some areas it is somewhat similar.  Marketing in Government run operations is improving but still appears to be too bureaucratic / political.  Business is global and needs to have companies that understand the need for quick decisions on many areas.  In privately held companies they are very entrepreneurial, understand marketing and have very strong personnel.

Would you like to share any interesting memo with our readers about your Turkey trip? What do you suggest American business people if they consider to invest in Turkey?
First priority is to get as much input as possible from organizations like TOA, trade groups and others such as the Turkish Coalition of America.  They can provide great value in helping you meet the right people in Turkey.  The U.S. Government would be helpful as well.  Turkey is a country with people who have many contacts to help facilitate introductions, etc.

Have you ever said yourself “I wished I shouldn’t have done this move when I was doing business in Turkey”?
No never—Great people and I enjoy working with them.  They treat us with respect as we do them.

Since 1981, what is the total import/export value value of your company to Turkey? How people you employed in Turkey now?
Collectively our companies have imported goods produced in Turkey with a value approaching 2 billion US dollars.  We currently employ approximately 240 people in Amasya province.

Would you like to add anything?
I believe strongly that Turkey is very misunderstood.  The perceptions of Turkey and its people, by people in the United States are cause for much confusion in terms of how they would be treated it they went on a vacation to Turkey or for that matter wanted to try to set up a business.  I have great respect for the people of Turkey.  They are friendly, very industrious, hardworking, and honorable.  All great attributes and why I am still involved in Turkey.  People only hear the news/politics and do not know the real Turkey. Fortunately, I have had the honor of making many friends in Turkey, many of whom are like family.