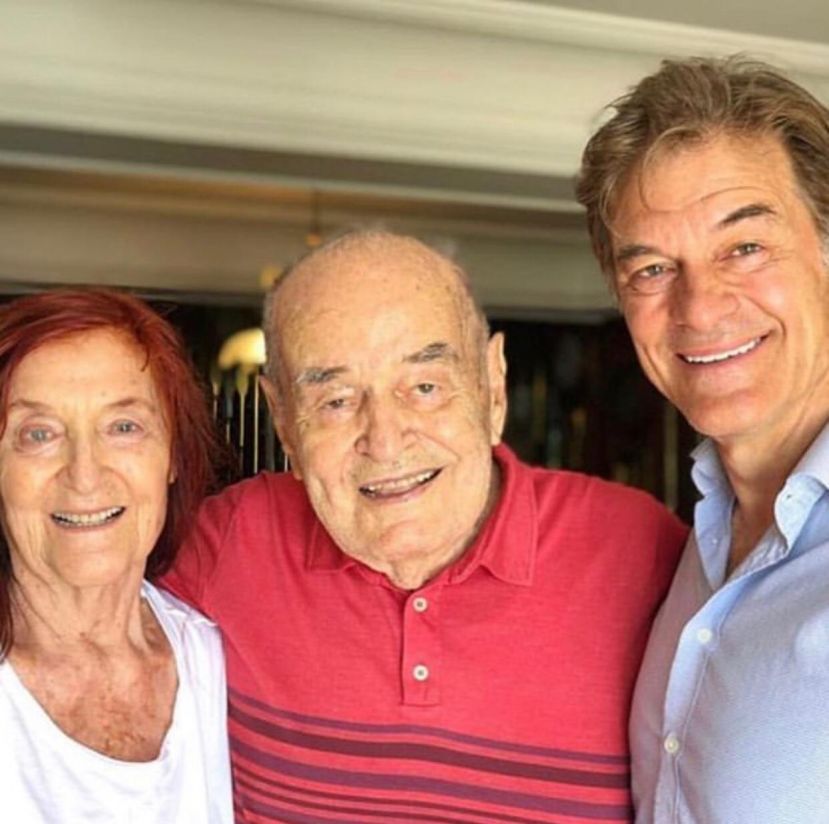 Dr Oz with his father Mustafa and mother Suna.

Dad changed everyone who met him. I remember running behind his fast-moving legs while making hospital rounds as a child. Even as he aged and his legs no longer raced along, his mind never slowed down.  I fell in love with medicine after witnessing my dad do sometimes painful procedures on desperately sick patients who subsequently thanked him for saving their lives. The opportunity to help is a powerful aphrodisiac and the responsibility to act should not be squandered, so he insisted that he and his children were “The Best”, a contagious admonition.

Growing up in the Great Depression in a country whose baseline was poverty in the 1930’s, Dad knew how to overcome every obstacle that the last century threw at him. He would remind, nudge, push, remind again, whine, and yell, until he got what was needed. He crusaded frequently and rarely retreated, especially when he was told he was not good enough. Even when facing his life ending kidney failure, he had the grit of a warrior and the temper of a tornado.

My father’s greatest hobby besides winning at backgammon was Turkish Folk music, especially the famous “Aslan Mustafam” or “Mustafa the Lion” (video link at bottom). With his fingers snapping, my father would belt out

which roughly translates to:

“I’ll pull over and let you have the road,
I drink the bitter, so you have the honey, my one and only Lion Mustafa”.

Dad, we are all on the shoulder of the serpentine obstacle course that you weathered for over 93 years so you take the straight and wide boulevard to heaven that you earned for every minute of your hard fought life.  Enjoy the sweet journey while we earn your respect by fighting the battles that mattered to you. Love from the entire family. https://www.youtube.com/watch?v=Ph4PzcEkVF8

“DAD HAD BROUGHT US TO HIS GRAVESITE”
By Seval Öz - Nearly 6 years ago, on a beautiful, balmy summer evening in the hue of sunset while my entire extended family with kids and all were on our way to a black-tie social event at Dolmabahçe Sarayı, the two vans taking us made a dramatic, unexpected right turn into the Zincirlikuyu cemetery. We all disembarked in our flowing gowns and tuxedos as one of the kids shot the enchanting encounter on video.

Dad had brought us to his gravesite to show us where he intended to be buried with my mother. We all laughed at the absurdity of the event and the lavishly dressed up scene of us tromping around the graveyard must have kindled a few of the newer souls to roll over in hysteria. As casual comments exchanged about the size appearing too small and what about the headstone not being there yet, well was there really a rush?

In character, my daddy had to do the unexplainable which was to ensure that whenever we visited him now, we would be gently consoled through comical relief for our hopeless destiny with eventual departure from our loved ones. It was quintessentially dad.

Our father leaves us with many foundational, indestructible values of hard-work, humility, serving the less fortunate, but perhaps the most elated was his love for his family, professional community and deeply cherished friendships. We will all endure his loss and rejoice in the memories of his soulful laughter.