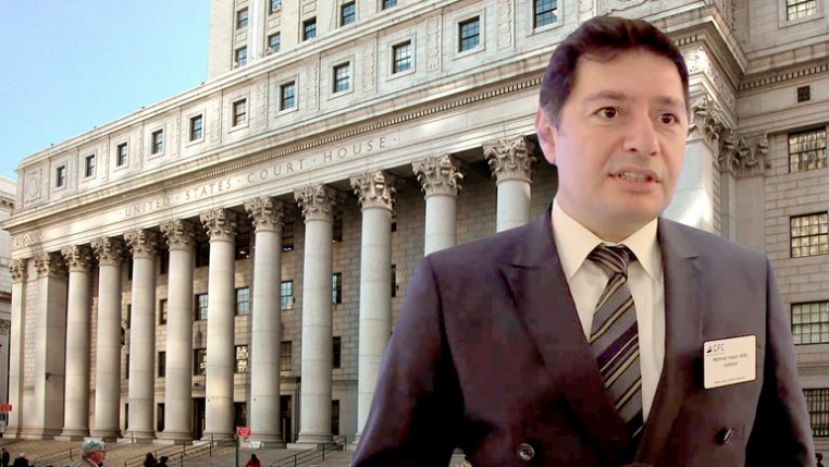 The U.S. Attorney’s Office in Manhattan described the case as the largest sanctions-evasion prosecution on record, saying Atilla “massively undermined” U.S. efforts to choke off funding to Iran during negotiations to limit its nuclear program.

In the decades after the Iranian hostage crisis, in which 52 Americans were held captive from 1979 to 1981, the U.S. has imposed increasingly stiff sanctions that prohibit virtually all U.S. financial dealings with oil-rich Iran.

Prosecutors said Atilla used his position as a senior executive at the state bank Halkbank to help Iran avoid those sanctions, in part by lying to U.S. regulators.

They said he also helped devise a method by which Iranian oil proceeds could be transferred out of the bank through transactions that concealed their true beneficiaries. Some of the money moved through U.S. financial institutions without their knowledge.

The five-week trial strained Turkish-U.S. relations and featured testimony about corruption at the highest levels of the Turkish government. Turkey’s leaders lashed out throughout the proceedings, with President Recep Tayyip Erdogan calling it an American conspiracy to “blackmail” and “blemish” his country.

A spokesman for Erdogan called Atilla’s conviction a “scandalous verdict.”

Jurors heard testimony from Reza Zarrab, a Turkish-Iranian gold trader who admitted orchestrating the deals with Iran and paying over $50 million in bribes to Turkey’s finance minister to advance the scheme. He said he believed Erdogan knew about the plot.

Atilla was sentenced to 32 months in prison. Prosecutors had sought a sentence of up to two decades, saying the harm from Atillia’s crimes was “suffered by the entire nation and the integrity of the U.S. financial system.”

But a judge called Atilla “a cog in the wheel” of the conspiracy, saying a longer term would have been unreasonable. -

Copyright 2019 The Associated Press. All rights reserved. This material may not be published, broadcast, rewritten or redistributed.

More in this category: « Dr Oz and Seval Oz Write About Their Father for TURKOFAMERICA TOA Awards Applications Start »