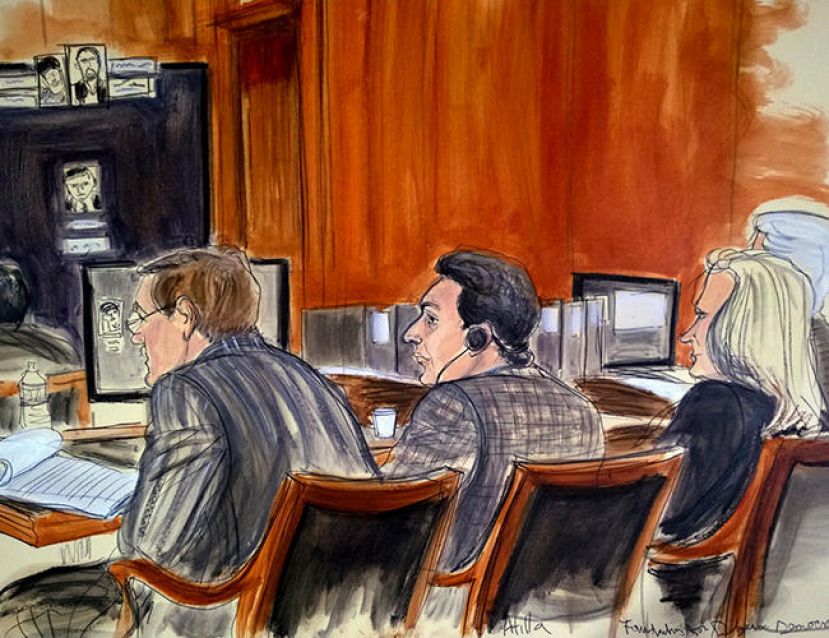 Gül said the Fethullahist Terrorist Organization (FETÖ), widely believed to have been behind last year’s failed coup in Turkey, played a role in the case, as the relevant case’s attorney general and judge were previously hosted in an event by the organization’s members in Istanbul.

The minister also touched upon testimonies from the witness Hüseyin Korkmaz, a former police officer sought in Turkey over suspected Gülen links, who previously admitted to receiving $50,000 in financial help as well as housing support from the Federal Bureau of Investigation (FBI) during his testimonies at the Manhattan court. Korkmaz testified against Atilla in the Iran sanctions case, prompting criticism from Ankara.

“You look at the [testimonies of] the witness. He has received $50,000 from the FBI. He is a former police officer, a terrorist sought over FETÖ charges. The [New York] prosecutor’s office has put him on salary, provides him with [financial] support for housing. So, we are watching a fiction in which the witness is a FETÖ-member, the judge and attorney general are hand in glove with FETÖ and working together with him and the court expert is a sponsor of FETÖ. This is in fact a tragedy for the law, which has been turned into a comedy with time and has no legal basis,” Gül said.

“We have called on the U.S. Justice Minister and said, ‘There is no law here, the law is being massacred. End this wrong-doing immediately,’” he said. (Hurriyet Daily News)