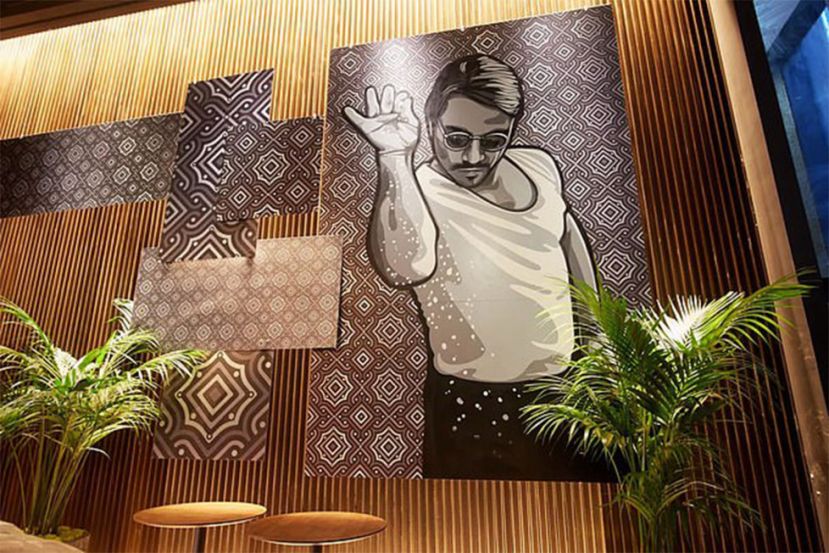 Only Hicks then found out in early 2020 that Gökçe and his companies were using the same image around the world in window displays, digital signs, menus, wipes, takeout bags and on the label for his line of seasonings — all without the artist’s permission, the court documents allege. “Defendants were engaging in widespread, unauthorized distribution and use of the original works in, among other places, Nusr-et’s steakhouses and Saltbae Burger restaurants in New York, Dubai and Istanbul,” the suit charges.

“Defendants also unilaterally decided that they would instead unlawfully adapt, create, and distribute unauthorized derivative versions of the original works … to display in Nusr-et steakhouse locations in at least Abu Dhabi, Ankara, Etiler, Mykonos, and Bodrum Yalikavak Marina,” the court documents claim.

Hicks allegedly sent a cease and desist letter demanding that they stop using the original artworks in April 2020. But, Gökçe and the companies, “doubled down on their already widespread infringement, expanding their willful use of the Infringing Materials to locations in Doha, D Maris Bay (Turkey), Boston, Dallas and several additional locations in Istanbul,” the suit claims.

Gökçe first rose to global fame in 2017 when images of him flamboyantly sprinkling salt on a steak went viral on Instagram. He opened the New York Nusr-et outpost in early 2018.