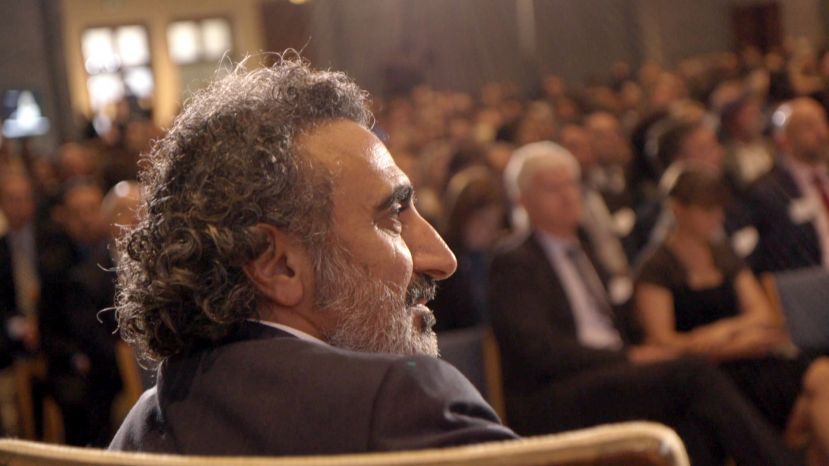 "Once you start doing work on humanity there is this magnet – it just takes you," says Ulukaya in the film. "We must put social issues: our community, our people, in the center. And let profit come after. And it will come."

"This documentary exemplifies the rippling effect that a purpose-led brand like Chobani can have not only on its employees and local communities, but on a global scale," said Jesse Angelo, President, Global News and Entertainment, VICE Media Group. "At VICE, it's always rewarding when we can partner with a brand that shares our core values, and the story of Hamdi and his team, is one we are immensely proud to tell."

"Moving Humanity Forward" will air on VICE throughout the rest of February and is available online on ViceTV.com and ViceTV's YouTube channel.

Since Chobani was founded over a decade ago, the food maker has always been a different kind of company. After moving to New York as a Kurdish immigrant from Turkey, Ulukaya found that in America, anything is possible. Not only did he make delicious, nutritious, natural and accessible Greek yogurt right here in the U.S., Ulukaya reignited communities, stood up for marginalized people and demonstrated a new role for business in society.

Chobani employees come from every conceivable background. At the company's plant in upstate New York, for instance, employees include people from Vietnam, Thailand, Myanmar, and Nepal, resettled as refugees often following violent and difficult experiences in their home countries. Seeing firsthand how hard working refugees and immigrants are in our own plants, Ulukaya was compelled to dedicate his personal wealth and time to the global refugee crisis. In 2016, Ulukaya started the Tent Partnership for Refugees to mobilize the global business community to include refugees, and as of 2021, over 140 major companies have shown their commitment to the cause.

Robust employee benefits package are also central to Chobani's core, including a commitment to pay a starting wage of at least $15 at the company's manufacturing plants, paid parental leave, a commitment to pay equity, and Chobani Rewards — an initiative that allows every full-time employee to share in the growth of Chobani over time.

At the same time, Chobani has grown to become more than a yogurt maker, now selling oatmilks, ready-to-drink coffees, probiotic drinks, and dairy- and plant-based creamers. Chobani is now a modern food company, continuing with its founding mission of bringing better food to more people.

About Chobani
Our founding mission is "better food for more people" but over a decade later, as we've grown from a yogurt company to a food-focused wellness company, Chobani has expanded its guiding vision to achieve nutritional, social, and environmental wellness. Leading the change is Chobani's ambition "to make universal wellness happen sooner." In short, Chobani uses food as a force for good, focusing philanthropic efforts on humanity and giving a portion of the company's annual profits to support the needs of our communities. As the maker of America's No. 1-selling Greek Yogurt brand, Chobani has since expanded its portfolio to include oatmilks, ready-to-drink coffees, probiotic drinks, and dairy- and plant-based creamers. All Chobani products are kosher certified, and are made without any artificial flavors, sweeteners, or preservatives. With manufacturing in New York, Idaho and Australia, Chobani products are available throughout North America and distributed in Asia and Latin America. For more information, please visit www.chobani.com and www.facebook.com/chobani

More in this category: « First Commodity Based Capital Investment Bank to Acquires 3 Billion Worth of Oil Securities ‘Salt Bae’ Slapped with $5M Copyright Suit Over Artwork of Chef »