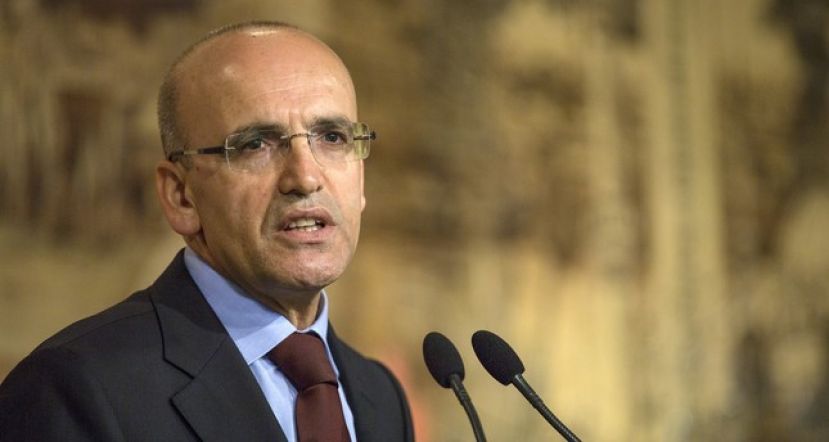 "I can assure the business community. Turkey remains an open, liberal and investment-friendly country," he said.

Şimşek stressed that no German firms were being probed by Turkish investigators, as part of ongoing probes into the Gülenist Terror Group (FETÖ), which organized the attempted military takeover last year.

"When I saw reports in the media about a list of companies, I immediately called the interior and justice ministers," he said, referring to the German media reports last week which claimed that hundreds of German companies were investigated by Turkish authorities on suspicion of supporting a terrorist organisation.

"Both ministers assured me that there has been no investigation against a single German company on suspicion of terrorism financing," he said.

Şimşek explained that the Turkish authorities had requested relevant information from all countries via Interpol, as part of their investigation into the international business ties of local firms owned by people linked to FETÖ.

He stressed that foreign companies were not the focus of the anti-terrorism investigation, and this information request aimed at helping the probe focused on economic activities of the terrorist group.

"In the list, there were 9800 companies, not only from Germany, but from more than 50 countries. There is no investigation against any of these foreign companies. Nevertheless, we have decided to withdraw this list in order to prevent another misunderstanding," he said.

Şimşek also expressed Turkey's willingness to overcome political disagreements between Germany through dialogue, and stressed that current tensions were neither in the interest of Ankara nor Berlin.

"We Turks wanted to see more solidarity from Germany in the fight against terrorism," he said, referring to Ankara's frustration over the activities of FETÖ and the terrorist PKK group in Germany.

"But German-Turkish relations will pass this stress test," he added.

Ties between Ankara and Berlin have been strained in recent months as Turkish leaders slammed Germany for turning a blind eye to outlawed groups and terrorist organizations, while German politicians criticized Turkey over human rights and freedom of the press issues.

Weeks before the general elections in Germany in September, Chancellor Angela Merkel's coalition government sharpened its tone towards Turkey, and adopted a number of economic measures in an attempt to increase pressure on Ankara.

German opposition parties increased pressure on the government, particularly due to the recent arrests of a number of German citizens in Turkey, including a reporter and a human rights activist, for alleged support to terrorist organisations.

Deputy Prime Minister Şimşek criticized attempts to exert political pressure on Turkey and stressed that independent Turkish judiciary would decide on these cases.

He also renewed Ankara's call on Germany to show more solidarity with Turkey in the fight against terrorism, and a criminal group like FETÖ, which he said for many years tried to infiltrate into state institutions like the military, police and the judiciary.

Germany has been reluctant so far to take action against the activities of FETÖ members.

Also known as the Gulenists in Germany, FETÖ members run dozens of private schools, businesses and media organizations in the country.

Since the July 15 coup attempt, which left 250 people martyred and some 2,200 injured, nearly 4,000 FETÖ suspects and sympathizers have fled to Germany, according to local media reports.

Apart from FETÖ, the terrorist PKK group also has a large network in Germany where it carries out significant propaganda, recruitment and funding activities.

The group has nearly 14,000 followers in the country, from whom it annually collects more than €13 million (over $14 million), according to the reports of German domestic intelligence agency, BfV. ANADOLU AGENCY