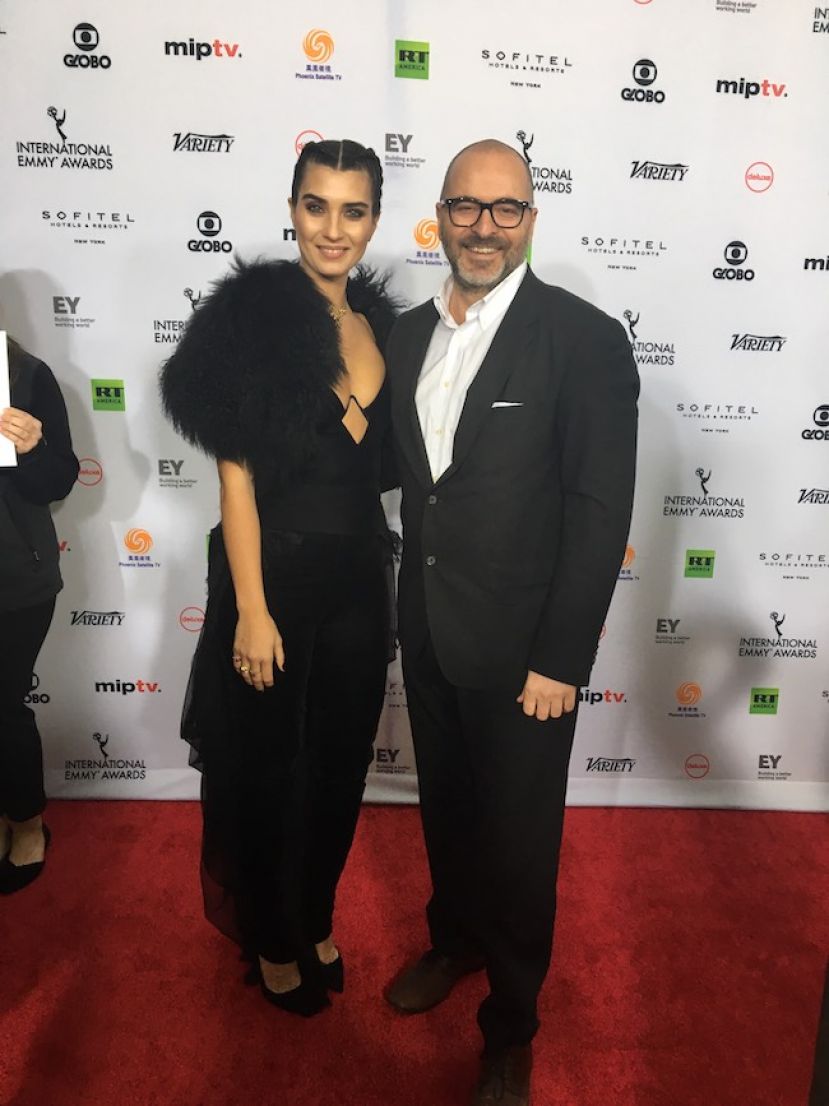 “For people who work in television across the globe, this is the best of times. Despite change and uncertainty around the world, programming thrives.”said International Academy President & CEO Bruce L. Paisner at the Gala. “We congratulate the winners for helping to make television better and better.”

2018 INTERNATIONAL EMMY AWARDS WINNERS
Arts Programming
Etgar Keret: Based on a True Story
BALDR Film / NTR
Netherlands
In his short stories, Israeli writer Etgar Keret plays with fantasy and reality. His own life, too, seems a modern fairy tale. In this hybrid documentary, the filmmakers investigate why storytelling is an essential aspect of Keret’s life.

Best Performance by an Actor
Lars Mikkelsen in Herrens Veje (Ride Upon the Storm)
DR Drama / ARTE France / SAM le Français
Denmark
Dean Johannes is facing his life's greatest opportunity – the chance to become the first bishop in the family. His youngest son, August, dreams of working abroad as a military chaplain, which becomes reality.
Best Performance by an Actress
Anna Schudt in Ein Schnupfen hätte auch gereicht (The Sniffles Would Have Been Just Fine)
Zeitsprung Pictures / RTL Television
Germany
Germany’s comedian Gaby Köster suffered a severe stroke and fell into a coma. Exactly five years later, Gaby is back on stage to accept a Comedy Lifetime Achievement Award.

Documentary
Goodbye Aleppo
BBC Arabic
United Kingdom
Four young citizen journalists are trapped, bombarded, and encircled with civilians under siege in East Aleppo as the Syrian Army, the Russians, Iran, and Iran-backed militias gradually take the city from opposition fighters in December 2016. This film captures the immediacy of events through their personal insights and observations.

2018 INTERNATIONAL EMMY AWARDS WINNERS
Drama Series
La Casa de Papel (Money Heist)
Atresmedia / Vancouver Media
Spain
A mysterious character called the Professor is planning the biggest robbery in history. To do this, he recruits eight thieves who take hostages and lock themselves in the Royal Mint of Spain as The Professor manipulates the police to carry out his plan from the outside.

United States of America
El Vato and his friends fight for their dreams in LA.  The journey to stardom in the Regional Mexican music world won’t be easy. He will have to face people who want take him down, deal with new love affairs and do the impossible to continue moving forward.

Non-Scripted Entertainment
Did You Get The Message?
SHELTER
Belgium
Did You Get the Message? is a hidden camera comedy format all about getting a message across in the most unique way ever. From trying to convince your son to have safe sex, to a creative way of sending a romantic message, no message is off limits!
Short-Form Series
Una Historia Necesaria (The Suspended Mourning)
Tridi Films / CNTV / Escuela de Cine de Chile
Chile
Una Historia Necesaria is a series of 16 fictional shorts about real stories that occurred in Chile during the military dictatorship of Augusto Pinochet.

Telenovela
Ouro Verde (The Payback)
Plural Entertainment Portugal
Portugal
Zé Maria watches his family being destroyed by a powerful banker, Miguel. Fifteen years later he returns a multimillionaire and with a new identity (Jorge Monforte) to settle the score on the past. Reuniting with Bia, Miguel’s daughter and his great love, will shatter his beliefs.

2018 INTERNATIONAL EMMY AWARDS WINNERS
TV Movie/Mini-Series
Man in an Orange Shirt
Kudos / BBC / Masterpiece
United Kingdom
Man in an Orange Shirt is a two-part love story that tells the story of two same sex couples - one in the 1940s, the other in the present day - who yearn for love but are thwarted by their times.