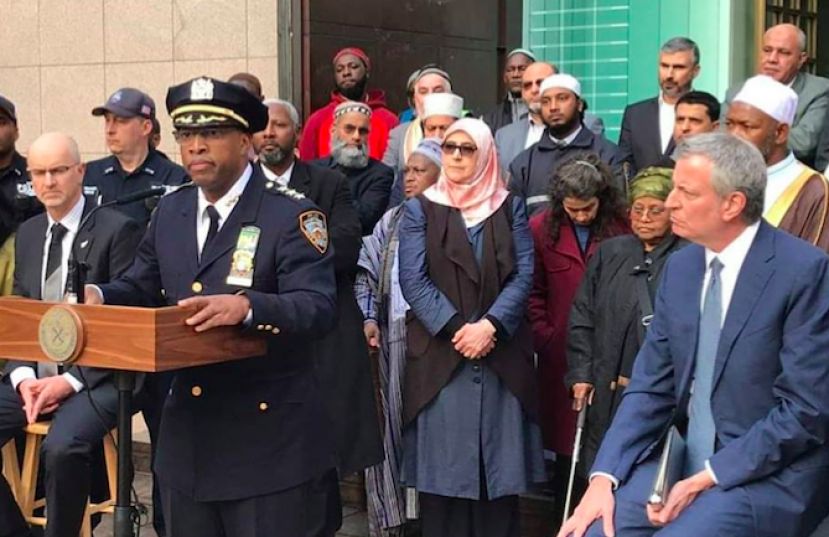 NYPD Chief of Patrol Rodney Harrison also made some remarks and shared NYPS's support to the Muslim Community. Chief Harrison said:"We stand with the people of New Zealand and the Muslim Community. Everyone in the NYPD is working hard to make sure that hatred and bigotry take no lives in New York City & that everyone here can worship without fear"

New York City Faith Leaders denounce horrific New Zealand shooting, call for greater unity against hate.Following the abhorrent attacks on Muslims in New Zealand, the NYPD was doing all in its power to protect the community in NY.

NYPD Mideast and Turkic Society made a statement and shared the following message:"Our thoughts and prayers go out to the families and friends who lost their loved ones in this tragic event."

NYPD has increased the security  at the mosques in New York City and all other Boroughs in response to the mass shootings in New Zealand.