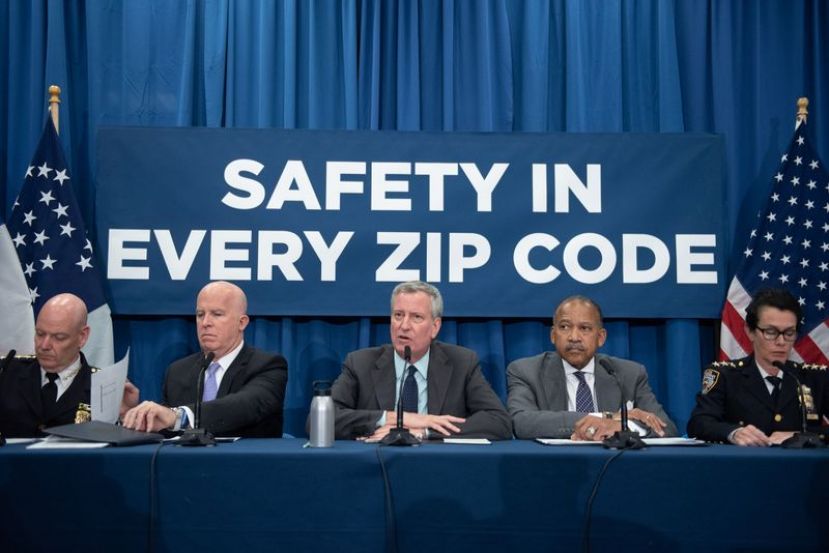 Mayor Blasio said that we saw an upstick homicides and we have got more work to do.He indicated that he is pleased to see the number has started to come down in a real way and that really progress is being made.Mayor Blasio assured the New Yorkers to improve the quality of people's lives, focusing on making the lives safer and  knowing that have the tools to make sure that happens.

NYPD Officials stated that overall crime was down 6.2%, making it the lowest rate for any March since 1994, when police started tracking crimes using the CompStat system.

Chief of Crime Control Strategies Lori Pollock said that they saw decreases in all seven major crimes. They have new all-time lows for March in murder, robbery, burglary, GLA, and total index crime. The robbery record is a record for any month in the CompStat era.She also talked about Brooklyn North that have now  additional officers have been assigned  since the beginning of the year and they have seen a significant increase in gun arrests

Lastly, Commissioner and Mayor took some questions from media and closed the session,